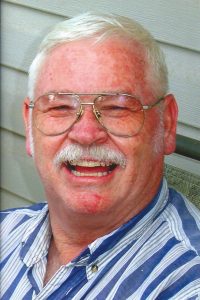 Daniel Farris Stuart age 68 of Forsyth, Missouri passed away on July 23, 2016 at Cox Hospital in Branson, Missouri.
Daniel was born in Taneyville, Missouri on March 28, 1948 the son of Raymond and Jean Beall Stuart. He attended Taneyville School until the family moved to Commerce City, Colorado in 1960. He graduated from Adams City High School in 1966. He moved to Loveland, Colorado to work at Woodward Governor in Ft. Collins, Colorado.
He married Pat Roubidoux on January 8, 1974 in Thornton, Colorado and to this union was born two children, Cheryl and David Stuart. He and his family moved to Taneyville, Missouri in 1996. He attended Sanctuary of Hope Church in Branson, Missouri until his health began to fail
Survivors are his wife; Pat Stuart of the home in Forsyth, Missouri, his children, David Stuart and granddaughter Valora, of Forsyth, and Cheryl and husband Danny Rylott and two grandchildren, Jacob and Ryan of Hollister, Missouri. Also a brother Stanley and wife Diana Stuart of Taneyville, Missouri and a sister, Marilyn Stuart France and husband Garland of Hartville, Missouri, many aunts, uncles, and nieces and nephews and cousins. He was preceded in death by his parents, a brother, Marvin Stuart and both sets of grandparents.
Memorial services will be held at 2:00 PM, Friday, July 29, 2016 at Greenlawn Funeral Home in Branson with Pastor Sam Kaunley officiating.
Memorial contributions in lieu of flowers may be mailed or left at Greenlawn Funeral Home in Branson in his memory.