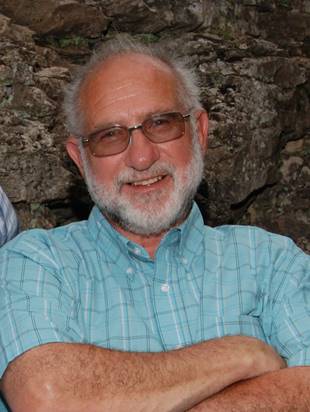 Service will be at the House of Worship (Formerly Mt. Calvary Church)

Daniel Joseph Smith Sr., 69, of Strafford, Missouri, passed away Saturday, September 19, 2020, following a 48-day battle at Barnes Jewish Hospital in St. Louis, MO. He was able to beat COVID-19, but the damage and complications it caused to his body were too much for him to overcome.

Dan developed his hard work ethic when he was a young boy. At just ten years of age, he started his first paper route in Lincoln, NE. He also worked hard but enjoyed his days as a cowboy riding horses and working cattle on the big ranches in Western Nebraska. During his senior year of high school, he bought his favorite car, a 1969 Chevelle SS, custom ordered with a 396 racing engine. With it, he held the Colorado state record for all stock class B in the quarter mile. He liked to go fast!

It was in Colorado where he met and married Jeannette Faye Reimer in July 1971, and they had their only child, Dannette Jeaniel (Smith) Myers on August 16, 1973. Dan’s family spent those early years moving from Colorado to Tarkio, MO, to Lake Havasu, AZ. This marriage ended in the late 1970s. Dan took on many business ventures, some of which included owning his own bulk oil company, a sporting goods store, and an HVAC company. It was also during this stage of his life that he would own and race stock cars, racing with people like Mark Martin and Rusty Wallace throughout the Midwest.

It was time for Dan’s new adventure to begin and he started driving 18-wheelers coast-to-coast, and Dannette was able to travel with him some. He made his semi-permanent residence in Raymore, MO, where his parents were living and pastoring. It is there where he met Helen Louise (Cason) Smith and her daughter Tiffany Jane. Dan and Helen married on October 19, 1984. Soon after, Dan quit his over-the-road truck driving and started working sheet metal in Kansas City, MO.

During 1985, Dan and Helen moved from the Kansas City area to Springfield, MO. Dan and Helen added to their family of four on August 1, 1985, when Summer Joy (Smith) Yarnell was born. Dan began driving trucks again, pulling a gas tanker. They welcomed a son, Daniel Joseph Smith Jr., to the family on November 11, 1988. Dan and Helen would soon settle down in Strafford, MO, making his final move. During this time, they owned a feed store in Fair Grove, MO, and thus began the Daniel J. Smith Trucking Company, with Dan being the owner-operator and Helen running the business affairs.

February 16, 1996, Dan and Helen received a big surprise when they welcomed their fifth child, Walker Johnathon Smith. Dan made it a priority, doing whatever was needed, to be home for his kids’ events. He never missed a concert, sporting event, or life event. Dan supported Helen as they started many business ventures together, including a restaurant and arcade in the North Town Mall and a resale store in Strafford, MO, all while running the trucking business.

A second grandchild was welcomed in June 2005 when Tiffany had a daughter, Makayla Jane.

Dan’s faith was always a strong foundation in his life, laid early by his parents, and he instilled it into his own family. Dan and Helen and their children were pillars at Strafford First Assembly of God for many years. During the summer of 1996, Dan was diagnosed with cardiomyopathy. No matter what the doctors said, this diagnosis never slowed him down. While being given only four to six years to live, Dan proved them wrong by living twenty-four years. Dan’s hardest challenge came on June 16, 2010, when Helen, his wife of twenty-five years, passed away suddenly. This was devastating for the family, but Dan leaned on God and led them through it.

The last ten years of Dan’s life were some of the most challenging and yet some of the most fulfilling for him. There was much loss but much gain. Along with his wife Helen, Dan lost both of his parents and four grandchildren. Dannette and Chuck Myers would add a second son, Gabriel Alexander in March 2013. Daniel Jr. married Anna (Flint) Smith on April 6, 2013. Daniel and Anna blessed him with more grandchildren, Daniel Joseph III, “Danny”, in September 2016, and Cason Helen in March 2018.

On September 16, 2017, Dan welcomed Andrew Yarnell to the family when he married Summer in a beach wedding on Destin, Florida. This was the first destination family vacation Dan had taken in years—the entire family was present. Dan was excited when Summer and Andy announced they would be giving him another granddaughter, expected in November 2020.

Dan also celebrated as Walker completed the cycle of all his children graduating from Strafford High School. Dan and Walker would operate the trucking company together.

After many years of different occupations and adventures, Dan ended up following in his father’s footsteps after all. His final business venture was buying a church building and helping to plant a new church, called House of Worship, near his home. He enjoyed being able to attend a church that he helped start and seeing the changes that God had made with it.

Dan enjoyed running his businesses until his end of life, but he enjoyed and loved his family more. He enjoyed his trips to Arizona and Illinois to see his kids and grandkids. He loved playing card games with his family or just sitting down and talking, telling, and listening to stories.

Service will be at the House of Worship (Formerly Mt. Calvary Church)