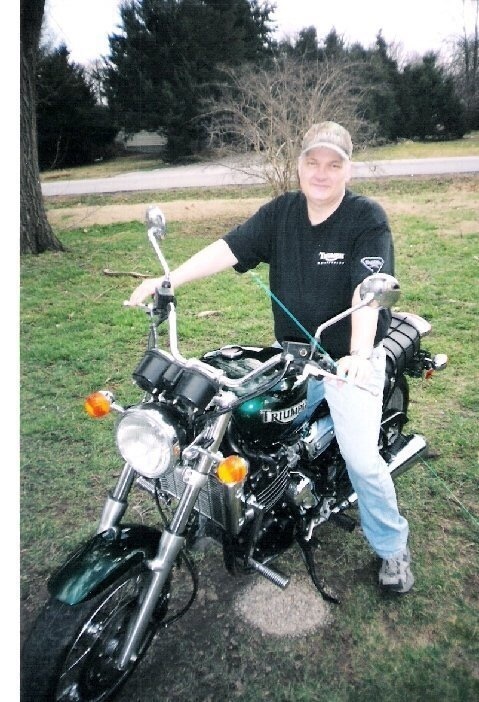 David Glenn Anderson, age 62, of Springfield, MO, went home to be with his savior August 10, 2019. He was born July 17th 1957 in Wichita, Kansas to Donald and Janet Anderson. David was a graduate of Hillcrest High School and Ozark Technical Community College. He retired from Buckhorn Plastics, where he worked as a Purchasing Manager for 22 years. David attended Springhill Baptist Church with his wife Nancy and family.
David was a loving Husband, Father, Papa, and Friend. He was an avid sports fan and loved watching the Chicago Cubs. He also loved motorcycles and riding his Triumph. More than anything he loved his family. David enjoyed family functions when he got to laugh and joke with his sons.
David was preceeded in death by his parents, his brother, Dean Anderson and a son, Matthew Anderson. He is survived by his wife, Nancy Anderson; a brother Larry Anderson and his wife Teresa, and five sons: Chris Anderson and his wife Kelia, Shannon Rippe and his wife Tiffany, John Rippe, Tim Anderson, and Josh Casteel and his wife, Tabitha; six grandchildren: Bridget, Kayler, Olivia, Elyssa, Xanden, and Brantyn. He is also a very special Papa to Jayden, Jamie, and Mikey and an uncle to several nieces and nephews.
A visitation is planned Tuesday, August 13 from 7-9pm at Greenlawn North. The funeral will be held at Springhill Baptist Church, Wednesday, August 14 at 10:00 am with a graveside service to follow at Greenlawn North cemetery with Kevin Smith and Jared Proctor officiating.