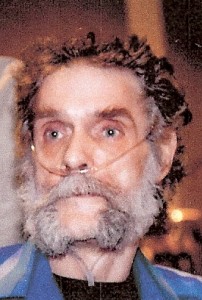 David Lee Taylor, 56, of Bolivar, MO, passed away April 13, 2015, at his home . He was born, April 17, 1958 in Bolivar, Mo, to Mildred (Lewis) and Coy Taylor.
David is preceded in death by, his parents, Coy and Mildred Taylor; a sister, Betty Badders; a nephew, Larry Taylor and several aunts and uncles.
David is survived by a sister and brother-in-law, Dave and Lula Bell Daniel of Bolivar, MO; a brother and sister-in-law, Russell and Mandy Taylor of Bolivar MO; a sister, Rose Marie Taylor of El Dorado Springs, MO; a brother Joe Taylor and significant other, Connie Seward of Humansville, MO; a brother John Wesley Taylor of Bolivar, MO and a brother-in-law Jim Badders of Humansville, MO; as well as numerous nieces and nephews, aunts, uncles and cousins.
David was the most kindred, compassionate and caring individual.
Visitation will be held Thursday, April 16, from 6:00 – 8:00 PM at Pitts Chapel, Bolivar, MO. Funeral service will be Friday, April 17 at 11:00 AM at The Harvest Assembly of God Church in Fair Play, MO with Pastor Lyle Shaulis officiating. Inurnment will be at Bolivar City Cemetery at a later date.
Family and friends may sign a guest book or send private condolences at: www.greenlawnfuneralhome.com Arrangements are under the direction of Pitts Chapel Bolivar, Missouri.