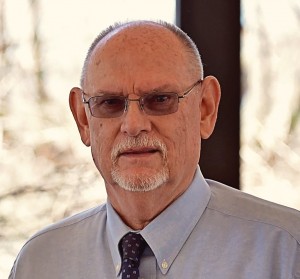 David W. Cole, age 69, passed away unexpectedly on May 28, 2016. He was born on December 4, 1946 in Springfield, MO to Bill and Maxine Cole who preceded him in death. Dave worked as the Director of Environmental Services for Cox Health Systems in Branson before retiring. Prior to moving back to Springfield, he was owner/operator of a McDonald’s in Chesapeake, VA. His career with McDonald’s began at the age of 14. During the Vietnam War, he joined the United States Air Force in 1966.
Dave is survived by his wife of 49 years, Kay, his children, Becky and Daniel Yarrington, Jennifer and Jason Whitesell, and Kelly and Chuck Myrick, and granddaughters Emma and Lauren. He is also survived by extended family, many friends, and beloved pets.
Visitation will be on Wednesday, June 1, 2016, from 6 p.m. to 8 p.m. in Greenlawn Funeral Home South. Funeral Services will be Thursday, June 2, 2016 at 10:30 a.m. in the funeral home. Burial will follow at Hazelwood Cemetery with full military honors. In lieu of flowers, donations can be made to The American Hart Associatio or Veterans of Foreign Wars (VFW).