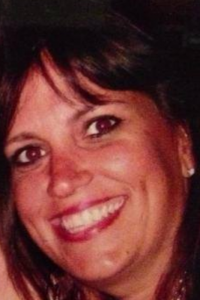 A Memorial Mass for Dawn Marie Duffy Stiglianese, age 48 of Branson, MO. will be held at a later date in Chicago, IL. Arrangements and cremation are under the direction of Greenlawn Funeral Home of Branson.
She died at 11:59PM, Monday, June 8, 2015 at her home.
She was born on January 28, 1967 in Berwyn, IL the daughter of Edward James Duffy and Dorothy Duffy. She was a former accountant and had been a resident of the area for the past 15 years.
She is survived by her two sons; Antonino Stiglianese and Santino Stiglianese of the home, her father, Edward James Duffy of Geneva, IL., five siblings; James Duffy of Detroit, MI, Joseph Duffy of Chicago, IL., Dennis Duffy of Downers Grove, IL., Debbie Bokr of Hinsdale, IL. Diane Delgado of Branson, MO. She was preceded in death by her mother.