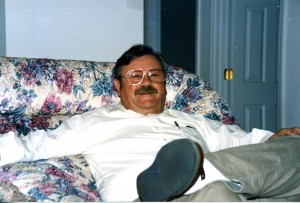 Funeral Services with full Military Honors for Dawsey Lee Crutchfield, age 78 of Branson, MO. will be held at 12:00 PM, Friday, January 30, 2015 at Greenlawn Funeral Home Branson with Pete Soulias officiating. Arrangements are under the direction of Greenlawn Funeral Home of Branson.
He died Friday, January 23, 2015 at Cox Medical Center Branson.
He was born on August 31, 1936 in Bernie, MO the son of Ralph Crutchfield and Viola Marie Crutchfield. He was a Retired Senior Chief in the United States Navy and a member of Church of Christ. He had been a resident of the area for the past 16 years.
He is survived by his wife of 58 years, Patsy Crutchfield of Branson, MO., three children; David Crutchfield and wife Debbie of Boise, ID, Paula Soulias and husband Pete of San Marcos, CA., Carol Stotler and husband Paul of Des Moines, IA., one brother, Dennis Crutchfield of Sikeston, MO., seven grandchildren and six great-grandchildren. He was preceded in death by his parents, one brother, Bill Crutchfield and a granddaughter, Sharon Crutchfield.
Visitation will be from 11:00 AM till service tIme on Friday, January 30, 2015 at the funeral home.
In lieu of flowers memorial contributions are suggested to St. Jude Children’s Research Hospital, PO Box 1000 Dept 142, Memphis, TN 38101-9908 and the American Lung Association 2400 Troost Avenue, Suite 4300, Kansas City, MO. 64108.