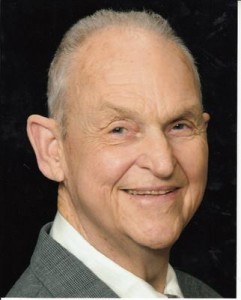 William “Bill, David” Dean
Birth: Feb. 26, 1926
Death: Feb. 20, 2015
Springfield Greene County Missouri, USA
William, “Bill, David” Dean, 88, died February 20, 2015 in Springfield. In May, 1943, he married his beautiful sweetheart Helen (Keithley) of whom he shared 71 years of marriage. Mr. Dean was an Army Veteran of WWII who served in Europe from 1944-1946 as a medic. After his service in the Army, he worked for O’Reilly General Hospital. In 1950, he joined the Veterans Administration Hospital in Poplar Bluff, MO, as a surgical technician. His career with the VA took him to Gainsville, FL, with the heart research program, and later to Shreveport, LA, as a surgical photographer. His photographic works of nature were displayed in the VA Hospitals across the U.S. In 1988 he retired from the VA in Shreveport, LA, as a Chief of Medical Illustration. After retirement they moved back to Springfield in 1990.He is survived by his beloved wife, Helen May Keithley Dean; three daughters, Carol (Daryl) Kennedy, Flanagan, Illinois; Janice Witherwax, Columbia; Brenda Anderson, Springfield, Mo; one son, Robert W Dean, Reno, NV; 11 grandchildren and 6 great grandchildren; one brother, Norman Dean, AZ; one sister, Imogene Beyer; AZ. He is preceded in death by his father David Dean, his mother Mabel Irene Byrd Dean, and sister Louise Cloyd.Visitation begins at 1 PM on Wednesday, February 25, with the service immediately following at 3 PM at the Greenlawn Chapel at 3506 North National, Springfield MO 65802. A graveside service with military honors is scheduled at the Greenlawn Memorial Gardens, also on North National, immediately following the service.