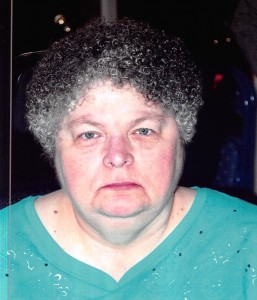 Debra Elaine Woodall Walker, age 65, of Springfield, MO, passed away Sunday, September 20, 2015. She was born on August 28, 1950, in Springfield, MO, to Howard and Frances (Newcum) Woodall. Debra was a loving mother, grandmother and great-grandmother. She had a number of jobs but mostly worked as a nurses aide. She was a Christian of the Baptist faith.
She was preceded in death by her mother Frances (Newcum) Woodall; one brother Bob Woodall. Debra is survived by two children: daughter Julie (Shean) McDonald and her son James DeHamer. father Howard; brother Roy (Grace) Woodall, of Springfield, MO; brother Don (Judy) Woodall of Haslet, TX; sister-in-law Beverly Woodall of Springfield; three grandchildren and one great-grandchild. Graveside services will be held at Eastlawn Cemetery with Rev. Joe Fahl officiating on Wednesday September 23, 2015 at 10:00 am. Services are under the direction of Greenlawn North Funeral Home. Online condolences can be made at www.greenlawnfuneralhome.com