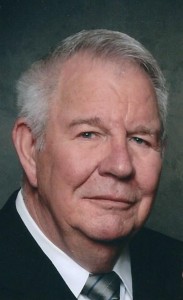 Delbert Ray Wise, 78, of Nixa, Missouri, peacefully passed away on February 14, 2015. Funeral to be at
12 p.m. Saturday, Feb. 21, at the Greenlawn Funeral Home East, 3540 East Seminole, Springfield, Mo.
65809, with visitation at 11 a.m. Burial with military honors to follow at the Seymour Masonic
Cemetery in Seymour, Mo. In lieu of flowers, the family suggests contributions to the Paralyzed
Veterans of America, 4801 E. Linwood Blvd, Room M1-566, Kansas City, Mo. 64128 or a charity of your choice. Del
was born in Seymour, Mo. to Walter Ray Wise and Goldie Mae (Etheridge) Wise. He attended Paseo High
School in Kansas City, Mo. He then served in the United States Army and was honorably discharged as
a Sergeant in 1956. He was married to Sharon “Diane” Black from 1958 until her death in 1989. Love
came again for Del when he met Patricia Mayo, whom he married in 2011. Del worked for TWA for a
number of years and retired from Gates Rubber Company as a Regional Sales Manager. He was a
member of Alpha Masonic Lodge in North Kansas City, Mo.; American Legion Post 0676 in Springfield,
Mo.; and Kansas City Scottish Rite Bodies in Kansas City, Mo. Del especially enjoyed assisting in the
planning of yearly reunions of his army buddies. Del was preceded in death by his parents; wife Diane;
sisters Oleva Kelly and Yvonne Kline; and step-brother Gene Ketcherside. He is survived by his wife,
Patricia, of Nixa, Mo.; daughters Denise Haushahn (Robert), Lee’s Summit, Mo., and Dawn Wilson
(Sam) of Overland Park, Ks.; sister, Darlena Ramirez (Robert) of Greenwood, Mo.; brother Larry Wise
(Joan) of Warrenton, Mo.; grandchildren Robert Haushahn, Jr., Lee’s Summit, Mo. and Leslie Goodwin
(James), Raymore, Mo.; and four great-grandchildren. Survivors also include a step-daughter, step-son
and three step-grandchildren. He also leaves behind his beloved four-footed companion, Skeeter.