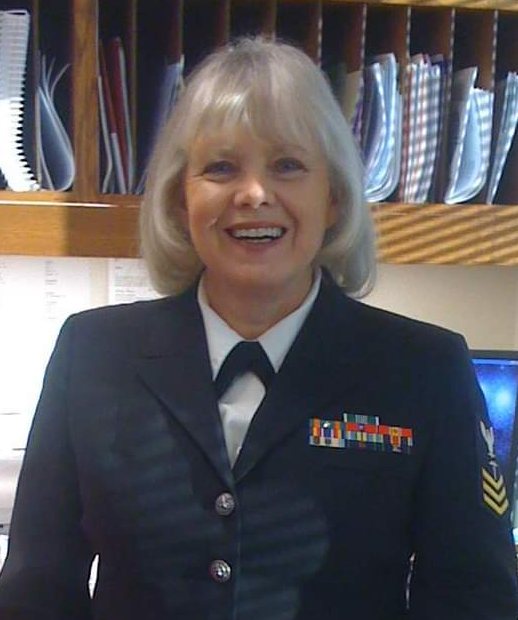 Dena Rene Wolfe, age 62, of Halltown, Missouri passed away at home on November 6, 2020 surrounded by her loving family.

Dena was born on February 8, 1958 in Coronado, California to parents Glen Emerson and Patricia Lucko. She united in marriage to her loving husband, Jon Kevin Wolfe in Miami, Oklahoma on March 26, 1984. Dena served proudly in the The United States Navy, where she earned many awards during her career. She had the honor of being Sailor of the Year, earning a Navy Achievement Medal, and was Officer of the Year while with the Elks. After 22 years of service to her country, Dena retired from The United States Navy.

Dena loved to help others anyway she could; she often volunteered her time working at Intrepid Hospice, helping the VFW and the American Legion, as well with Girl Scouts. She was also a member of Onward Methodist Church and the State Chairman for Americanism at Missouri Elks Association. Besides helping others Dena loved to travel, spend time at the beach, and craft.

There will be a Celebration of Life held for Dena on Veteran’s Day, Wednesday, November 11, 2020 from 6:00 pm ~ 8:00 pm at Greenlawn Funeral Home South. A private family graveside service with full Military Honors will be held at Missouri Veterans Cemetery.

In lieu of flowers the family ask that donations be made out to Intrepid USA Healthcare Services at 4305 South National Avenue, Springfield, MO 65810 or Elks National Foundation (in Dena’s name) at BPO Elks of the USA 2750 North Lakeview Avenue, Chicago, IL 60614-1889.