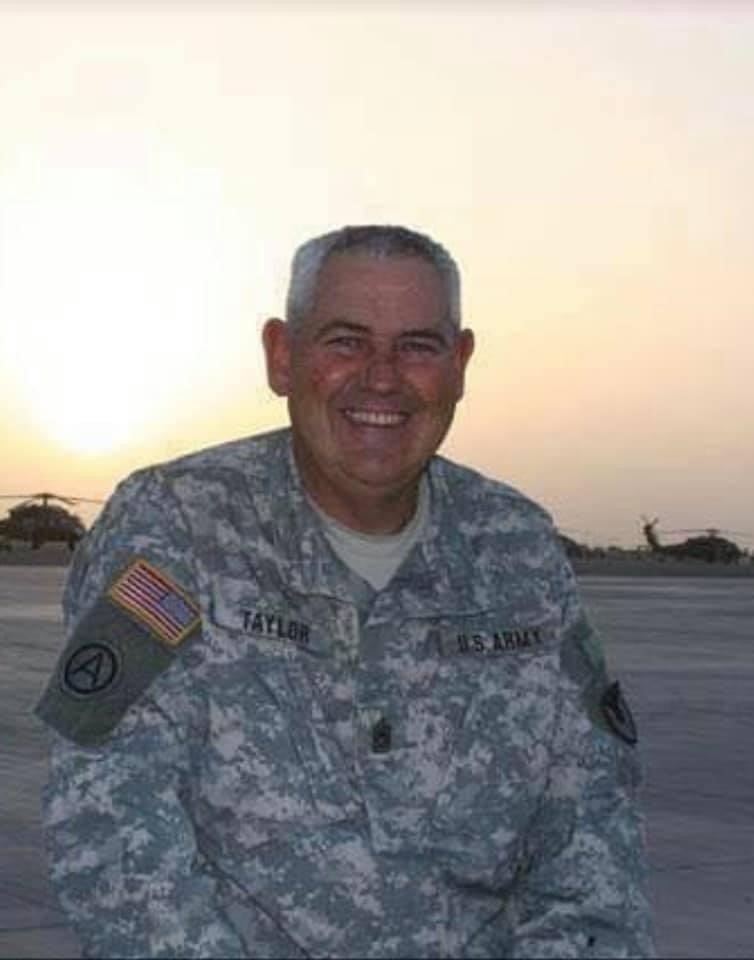 CSM Dennis Evert Taylor, Retired, the son of Denzil  and Ilene Taylor, was born May 7, 1952 at Elkland, Missouri. At the age of 68, with his wife and son by his side, Dennis took his final and peaceful flight home November 25, 2020.

On October 24, 1975, he was married to the love of his life, Claudette Alford. To their union they were blessed with a son, Michael Scott. Shortly after graduating from Fair Grove High School in 1971, Dennis joined the Missouri Army National Guard on October 26, 1971. Dennis spent 39 years serving his country and all that knew him, knew what his priorities were in his life, God, Family and Country. He was a member of Mt. Olive Missionary Baptist Church, where  he was saved as a teenager.

His parents, grandparents and two brothers, Jerry Taylor and Lynn Taylor, and one brother-in-law Rick Norton precede him in death.

Dennis was a devoted husband, father, grandfather and great grandfather, brother and a father figure to many Soldiers that served with him and under his leadership. Dennis received his rank of CSM in 1997. Not only did Dennis talk the talk, he walked the walk, never expecting his family or soldiers to do something he wasn’t willing to do.  In 2005 deployed to Kuwait with the 1107th AVCRAD. His final overseas tour was in 2007 to Kosovo and Afghanistan as Command Sergeant Major for the 35th Infantry Division. Needless to say, CSM Dennis E. Taylor left big boots to fill.

Visitation will be held December 2, 2020 beginning at 11:00 am with the services following at 12:30 pm at Greenlawn Funeral Home East with CH (COL)Chaplin Gary Gilmore, Retired Officiating. Interment will be at 2:00 pm at the Missouri Veterans Cemetery in Springfield, Missouri with Military Honors.

Funeral Arrangements are under the direction or Greenlawn Funeral Home East.

In lieu of flowers, Dennis requested memorial donations be made to St. Jude Children’s Research Hospital or the Shrines Hospital for Children.