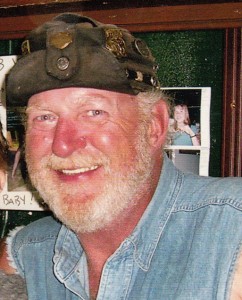 Dennis Lee Hayward, age 61, of Springfield, MO, passed away Sunday, July 5, 2015. He was born July 13, 1953, in Webster City, IA to Glen & Mary Ann (Druschel) Hayward. He attended Berean Baptist Church. He served in the United States Army where he attained the rank of Sargent. He worked for Bass Pro several years before joining Denney’s Harley Davidson.
He was preceded in death by his father, Glen Jr Hayward. He is survived by his wife Marissa (Missey), his mother Mary Ann Hayward, his in-laws Kent & Sue Burrell, daughters: Heather Hayward, Michelle Hayward (Josh), Laura Dillman (Adam). He had 1 son, Chad, 1 grandson, Jacob & 1 grand-daughter, Olivia, also 2 step-sons, Brad Shirley, Chris Shirley (Candy) & 2 step-grandsons, Landen & Hunter.
Denny was a member of the Ozark Mountain Hog Chapter of Springfield and was an avid Harley Davidson rider. He was a Lifetime Member of National Hog and the HD Museum. He & Missey spent many enjoyable times riding throughout the country to rallies and just touring.
Funeral services will be held at 1:00 p.m. Thursday, July 16, 2015, at Greenlawn Funeral Home North, with Rev. Fred Reamsnider & Rev. Jeff Ables officiating. Burial will be held at Missouri Veteran’s Cemetery, Springfield. Visitation will be held from 6:00 to 8:00 p.m. on Wednesday, July 15, 2015 at Greenlawn Funeral Home North. In lieu of flowers, memorial donations may be made to the WoundedWarriorProject.org or to the charity of your choice.