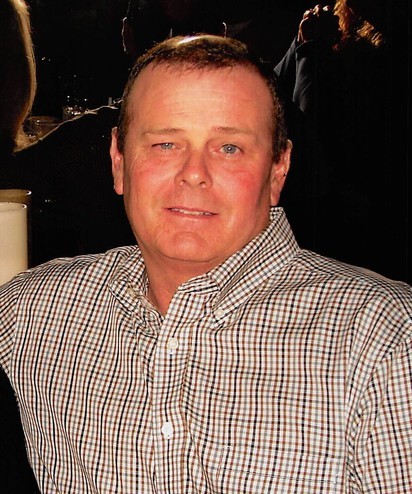 He lived in Buffalo, Missouri for a few years before moving to Bolivar as a freshman in high school. He graduated from Bolivar High School with the class of 1983. Dennis played baseball all four years of high school, and went on to play two more years at Sedalia Community College in Sedalia, Missouri.

Dennis was saved on Monday, November 28, 1988 at Goodson Missionary Baptist Church.
Brother Doyle Mayfield was holding the meeting, and Brother Donald Bybee was the pastor.

Dennis joined Goodson Church the night he was saved. He was baptized on December 11, 1988 with a little ice on the edge of the river. He is still a member of Goodson today.

Dennis Barnes and Susan Pitts were united in marriage on April 8, 1989. To this union, two boys were born; Brandon Earl Barnes, and Michael David Barnes.

In 1990, Dennis was hired on at Southwest Electric Co Op in Bolivar, Missouri where he worked his way up to a journeyman lineman. He was a loyal employee for 29 years.

Dennis was a man of few words, but he enjoyed hunting, fishing, baseball, and sharing those passions with his boys.
Dennis was preceded in death by his parents.

He is survived by wife, Susan; two sons, Brandon and Michael; his grandmother, Helen Atkins of St. Joseph, Missouri, and many friends.

Visitation will be held Wednesday, August 14, 2019, from 5:00 to 7:00 PM at Pitts Chapel. Funeral services will be held in the funeral home on Thursday, August 15, 2019, at 10:00 AM. Burial will follow at Goodson Cemetery in Goodson, MO. Online condolences may be made at: www.greenlawnfuneralhome.com.
In lieu of flowers, donations can be made to St. Jude Children’s Research Hospital.