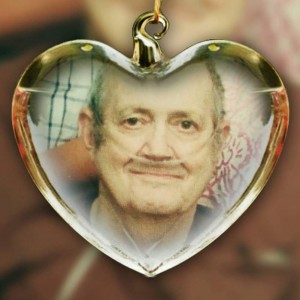 Donald (Eddie) Deener, Sr passed away at home on 6 January 2016. His loving daughters, Jennifer Deener and Barbara McDaniel, were present to ease his passing. Eddie was born 3 August 1941 in Randallstown, MD. He was preceded in death by his parents Virginia Hopkins & Samuel Deener, a sister Donna Deener, two brothers Gene Deener & Terry Deener and his son Richard Deener. Donald is survived by his daughters Jennifer Deener & fiancé Mike Budd of Ozark, Barbara & son in law Jeffrey McDaniel of Springfield. Sons Michael & wife Cheryl Deener of TN, Donnie Deener of KY and Dennis Deener of MD. A sister Pat Seaton and a brother George Deener of MD. He also leaves behind his ex-wife and friend Lois Deener. Grandchildren Lauren Ashley & husband Anthony Eckorte, Megan Welch, Haili Welch, Dale Budd, Myridian Deener, Clayton Deener, Cameron Deener, Mikayla Budd, Caitlyn Budd, Mikeal & his wife Juli McDaniel, Richard, Rosa & Alberto. Two great grandchildren Ezrah & Atticus Eckrote. Close friends William & Dustin Sims, many nieces and nephews and a multitude of others whose lives he had touched.
Donald served our country in the United States Army. He completed two tours in Vietnam and was honorably discharged 31 August 1979 after 20 years of service.
Donald had been living in Springfield for the past 13 years with his daughter and son in law. He will be deeply missed by all that have known him. Visitation will be held at the Greenlawn North Funeral Home at 3506 N National Ave, Springfield, MO on Tuesday the 19th of January from 6-8pm.