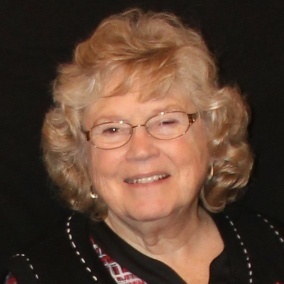 Donna Jean Steinshouer was born on the 24th of January 1938 at Fort Riley, Kansas, and departed this life on the 3rd of May 2019 at Emporia, Kansas. She was the daughter of the late Donald William and Mary Ellen (Mattie) Lumpkin.
Donna was a lifelong Baptist. She was saved in the fall of 1949 at Providence Missionary Baptist Church located in Polk County, Missouri. She united with the church in baptism at a later date. At the time of her decease, Donna was a member of Cedar Cross Missionary Baptist Church in Emporia, Kansas.
Donna married Harold Winfred Highfill on the 2nd of December 1955. To this marriage, two sons were born, Michael Winfred (Mike) Highfill and Samuel William (Sam) Highfill. The family was involved in the dairy industry. After the death of Harold in December 1974, Donna left the dairy industry and moved to Oregon to be near her parents. Donna worked as an accountant in Oregon for many years. While residing in Cottage Grove, Oregon, she met widower Dale L Gentry. They were married on the 7th of August 1982. Donna and Dale moved to Redmond, Oregon and resided there when Dale passed away in 2001. In 2005, Donna married widower Lloyd Steinshouer. She relocated to Poplar Bluff, Missouri with Lloyd where he pastored Township Line Missionary Baptist Church. After a few years, Lloyd accepted the pastorate of Cedar Cross Missionary Baptist Church. Lloyd and Donna moved to Emporia, Kansas.
Donna is survived by her spouse Lloyd Steinshouer of Emporia, Kansas, her brother Garren Lumpkin and wife Cindy of Springfield, Missouri; two sons Sam Highfill and spouse Mary of Springfield, Mike Highfill and wife Iva of West Plains, Missouri; step-children Lonnie Gentry and wife Cathy of Albany, Oregon, Sandra Anlauf and husband Michael of Cottage Grove, Oregon, Rachel Irvine and husband Larry of Bolivar, Daniel Steinshouer and wife of Dallas, Texas. Donna is also survived by five grandchildren, eight step-grandchildren, thirteen great-grandchildren and several step great-grandchildren.
Donna was preceded in death by her parents Donald and Mary Lumpkin, a sister Ellen Sue Lumpkin, and spouses Harold Highfill and Dale Gentry.
Services for Donna will be held on Wednesday, May 8, 2019 at 2:00 PM at Pitts Chapel in Bolivar, MO. Visitation will be 1 hour prior to service from 1:00 – 2:00 PM. Burial will be in Slagle Cemetery, Bolivar, MO.
Online condolences may be left at www.greenlawnfuneralhomes.com. Arrangements have been entrusted to Pitts Chapel.