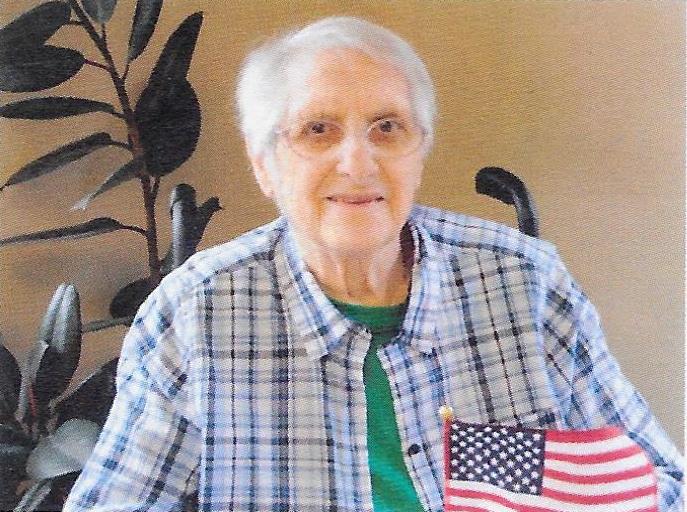 Donna Marie (Root) Johnson passed away September 30, 2020, at Ash Grove Healthcare Facility.  She was born to Willa (Beesley) and Ray C. Root on June 28, 1933.  After Willa passed away and Ray went into the Army, Donna went to live with her grandparents Ettra and William Beesley.

Donna met Charles Robert “Bob” Johnson in 1949, and on July 15, 1950, they eloped in Arkansas.  To this marriage two children were born: Pamela and Steven, Steven preceded her in death.  The next year Donna had cancer and with God conquered it.

Donna accepted God as her Savior on January 10, 1952.  She and Pam were baptized at the same time on October 30, 1960.  Throughout her life, Donna served in numerous churches.  She enjoyed singing, whether in a choir or doing special numbers herself.

Throughout the years, Donna was there for PTA meetings, musicals, open houses from Pam’s elementary years through high school.  She even went to watch Pam march in the band at high school football games. Donna and Bob were an important part of their granddaughters Maria and Stephanie’s lives.  They even moved two houses down from Pam and the girls in Morrisville.

Donna was preceded in death by her husband Bob; son Steven; her parents and grandparents.

Due to COVID, there will only be a private family graveside service on Friday, October 16, 2020, at Greenwood Cemetery Bolivar, MO.  However, friends and family are encouraged to view Donna in the funeral home, anytime on Thursday, October 15, 2020, from 9:00 to 5:00 pm, family will not be there that day due to COVID.

In lieu of flowers, donations may be made to St. Jude’s Children’s Research Hospital, or the American Cancer Society.  Online condolences may be made at: www.greenlawnfuneralhome.com.  Arrangements have been entrusted to Pitts Chapel Bolivar, MO.