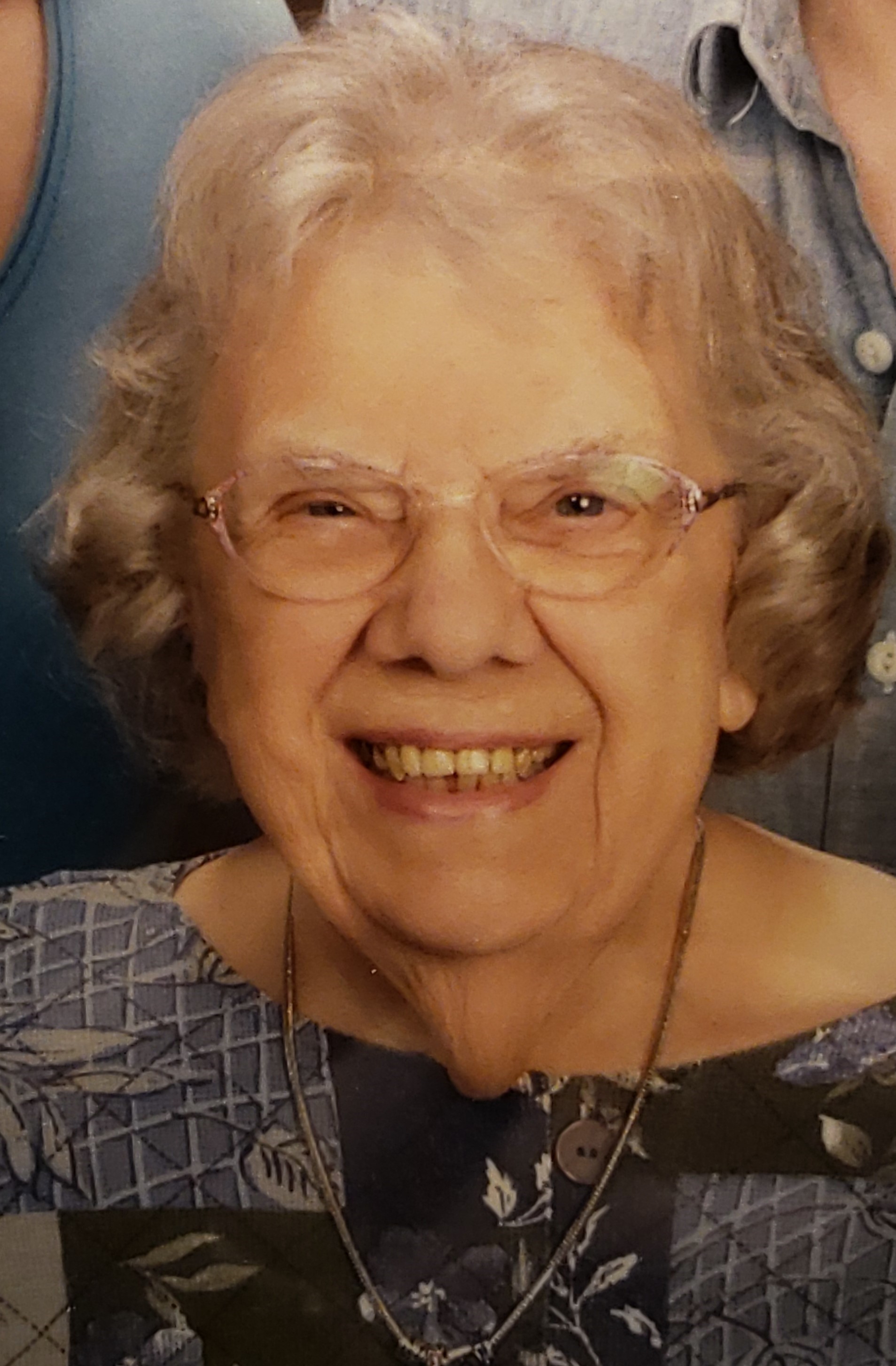 Doris Lamberg Keller, known to her immediate family as “Oma”, was born in Chicago. Illinois on March 31, 1926.

She attended Lutheran School and High School in Chicago.

Doris married Theodore (Ted) W. Keller Sr. on November 10th, 1950. They lived in various locations in and around the Chicago area but also spent some time living in southwest Michigan, northern Wisconsin, Las Vegas and California.

After living in Steger, Illinois for many years, Doris and her husband moved to Springfield, Missouri in 1993 to be closer to their son.

“Oma” moved in with her son and his family in 2003 and remained there until her passing. She enjoyed her two grandchildren immensely and was a part of all their activities.

While in Springfield, Doris loved zipping around in her car and shopping. She was a member of T.O.P.S. for many years. She worked at a few jobs, most notably at the American Heart Association and the office of Greene County Emergency Management.

She took several trips with her family including a cruise in the Gulf of Mexico, a trip to Hermann, Missouri and a casino in Oklahoma. She also made quite a few trips to Branson including getting to meet Boots Randolph (“Yakety Sax”) in person.

Oma was a breast cancer survivor while in her late eighties.

Doris Keller is preceded in death by her husband Ted Keller Sr. who passed away in 1993 and by her two brothers Raymond and Harold. She is survived by her son Ted Keller Jr, his wife Danielle Keller and two grandchildren, Marisa and Alton Keller.

Visitors are welcome to see Doris and her immediate family on Thursday, January 2nd from 5:30 to 7:30 p.m. at Greenlawn Funeral Home East, 3540 E. Seminole in Springfield