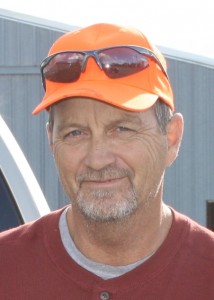 Doug D. Favor died peacefully November 23, 2015 in Springfield, MO at the age of 51 years. Doug is survived by his mother, Linda Favor of Gallatin, MO; wife, Karen Favor of Niangua, MO; children Kandi Favor (Corey Fitzpatrick) of Ozark, MO, Kory Favor (Sasha Curry) of Niangua, MO, and Karlee Favor of Niangua, MO; grandson Easton Fitzpatrick, Ozark, MO; sibling, Jeana Madden (Steve Madden) and family, Albany, MO; Eddie and Kirby Kindall, Doris Bodenhamer, of Springfield, MO; and numerous friends as well as an extended ALS family. Doug is preceeded in death by his father, Bill Favor of Albany, MO.
Doug was born on March 15, 1964 in Bethany, MO to Bill and Linda Favor. Doug graduated from Albany High School in 1982. Doug served his country in the US Army from 1983-1985. After relocating to Sparta, MO working with Hermann Lumber, Christian County Road Department, and volunteering with Sparta Fire Protection District for many years, Doug excelled at a career as Associate Director of Facilities Services at Drury University. Doug’s badge/radio numbers at Sparta Fire and Drury were formally retired in honor of his service.
Doug will be remembered first and foremost for being a devoted father and husband. Doug was Dad extrordinare to Kandi, Kory, and Karlee. Doug had a skill for multi-tasking, deploying resources and people. As such, he was known for taking on home remodeling projects for himself and others, being a hobby farmer and caretaker of animals, and hunting. He had a passion for mentoring young firemen, the kids’ friends, and being the Dad of whatever group he was a part of.
Visitation will be from 6-8 pm, Saturday, November 28 at Greenlawn Funeral Home East. The funeral will be at 9:30 am Monday, November 30 at First Evangelical Free Church at 5500 S Southwood Road, Springfield MO with interment to follow with full military honors at Missouri Veterans Cemetery. In lieu of flowers, please send donations to The ALS Association Mid-America Chapter, 2209 Petrus Circle Ozark MO 65721.