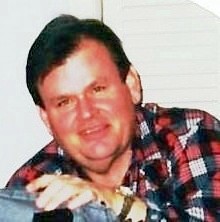 Douglas Allan Anderson flew from this earth on December 7 following a short illness. He was 62.
He was preceded in death by his father Raymond Anderson and Judy Anderson. He is survived by his son Doug Anderson Jr. and daughter Samantha; granddaughter Alexandra and grandson Bruce. Also his mother Frances, sisters Patricia Anderson and Vicki McHenry and husband Greg, niece Melissa Booth and husband James, great nephew Kalen and great nieces Madison and Baylee, several cousins and many friends.
He was able to fulfill two of his big dreams. His first dream was to race stock cars. He was recently inducted into the Ozarks Area Racers Foundation Hall of Fame to recognize his accomplishments in that sport.
His second dream was to be a pilot, a dream he shared with his father. He realized that dream very early in his life. In the last few years he was a commercial pilot for a prominent dental association, therefore making a living doing what he had such a passion for.
His other interests were motorcycles (riding and building), scuba diving, radio controlled toys, and fishing and hunting with his brother-in- law, Greg. Doug was more than an in-law as Greg considered him to be his best friend.
Doug was a devoted son and brother who diligently looked after his mother and sister before and after his father’s passing. He spent a lot of time with his son going to football games, riding motorcycles and building a go-cart. He was a loving grandfather to Alexandra, spending time at her sporting events, movies, travel, and shopping with her. Doug often took his mother, sister, and granddaughter to races at the local racetracks in Springfield and in Wheatland. This year he took the group to the Nascar championship race in Kansas.
Doug’s big heart and generosity will be greatly missed.
As Doug would say, “Heck of a deal.”
Visitation will be at Greenlawn Funeral Home North Chapel Thursday, December 11,2014 from 6-8 pm.
A Celebration of His Life will be held at Mt.Carmel United Methodist Church, 1001 N. National, on Friday, December 12, 2014 at 6 pm.
In lieu of flowers donations may be made to the Make a Wish Foundation.