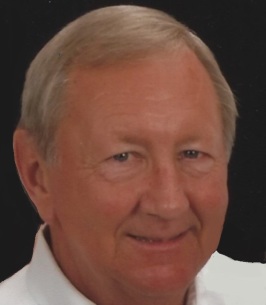 Douglas Edward Baldner was born November 5, 1947 in Osage, Iowa to Wayne and Jean Baldner. He met his future wife, Donna, at Ames High School, but wasn’t quite courageous enough to ask her out just yet, eventually he smartened up and asked Donna out at Iowa State University, where he began his college career.

While at Iowa State, he began working at his parents’ men’s fine apparel store, Durlam’s, this stoked his passion for men’s sportswear and the apparel industry.

Doug enlisted in the Air Force in 1967, which started his and Donna’s ‘new normal’ of relocating frequently over the next 20 years or so. While enlisted, he made the smartest decision he’s ever made, getting married to Donna on July 7th, 1968. They welcomed their firstborn in 1971, the most handsomest baby boy EVER, Jeffri, while still in the Air Force.
Upon discharge, Doug decided to finish his college education at none other than The University of Alabama! He obtained his degree in 1973, and took a position as men’s sportswear buyer in a major department store in Baton Rouge, LA, where Doug began to indoctrinate young Jeff with a passion for Bama football(after all, we were in enemy territory) and golf, after 6 years in LA, on to Arkansas the family went. Doug took a position of Men’s Sportswear Buyer for Dillard’s, getting to travel abroad frequently making buying decisions. The family relocated to Oklahoma City/Edmond, OK, where he took a position with Dayton Hudson Corp. as Men’s Sportswear Buyer. Donna and Doug welcomed their baby girl, Tiffani, in 1983. While Jeff was his favorite, TiffiNic, stole his heart. While we all know the 80’s brought some questionable fashion trends, the “popped collar” was one of Doug’s favorites and he “thought” he executed it flawlessly, well beyond the 80’s (through 2020). Fashion goes in cycles, right? Ultimately after a brief stop in Texas, then back to OK, the family relocated to Springfield, MO in 1986, where Donna and Doug have been ever since.

Doug continued to pursue the apparel business, flipping to the wholesale side of things. At this time Doug began to really fine tune his culinary skills as well, and would spoil his family with his grilling masterpieces, didn’t matter what the dish, it was ALWAYS AMAZING!

Around the turn of the century, he did one of the second smartest things he ever did and listened to Donna(see a trend/common theme…Donna?)to get his real estate license, as she herself had been licensed in the aforementioned states along the way, and they began working together with their own ‘family business’, as usual Donna knows best and has been Doug’s rock throughout all the moves. They would’ve celebrated their 52nd wedding anniversary this July 7th.

Doug became quite the accomplished golfer once they got to Springfield, and Jeff and he played frequently together, Jeff never beat him until Father’s Day 2002, when Doug failed to make a 2 foot putt(which he NEVER failed to make), one little moment that illustrated just who he was-giving, caring and loving.

Along the way, he enjoyed watching his kids mature and begin families of their own. Doug was anointed “Pop”, when Jeff and Joselyn had their first daughter, Ryli, followed by 2 more, Lilli and Sydni. Since “Pop” loved spoiling his granddaughters, he pressed Tiffani to get going and start popping out some grandsons, since Jeff couldn’t(well really Joselyn), Tiff listened to her Dad(quite possibly for the first time ever),and Pop was met with his first grandson, Griffinn, or Finn as Pop calls him, and just a week prior to his passing, Tiffani gave birth to Xander Edward, the second grandson, so the son provides the girls and the daughter provides the boys, a point of irony not lost on Doug. Birthdays, Christmas, or just because, Doug’s gift giving choices primarily consisted of Alabama apparel, Alabama accessories, Alabama ANYTHING. Doug Baldner LOVED his family and getting to the grandkids’ school activities, sporting events, birthdays and would just beam with pride at the family that Donna and he began, and will continue to live on through his legacy. Doug is survived by the love of his life, his wife, Donna, son Jeff, daughter in law Joselyn, their 3 girls Ryli, Lilli, and Sydni, daughter Tiffani, son in law Aaron, and their 2 sons Griffinn and Xander. Sister Debbie (Tom) Mylenbush, nephew AJ (Keshia) Skahill, kids Addy and Jarrett, and niece Sara Skahill (Andrew Perkins).

Services for Doug will be 12:30 pm Friday, March 13, 2020 at Greenlawn Funeral Home East. Burial with full military honors will follow at Missouri Veterans Cemetery. Visitation will be from 11:30 am to 12:30 pm prior to the service.

In lieu of flowers, donations can be made to the American Heart Association.
In lieu of goodbye, Doug would often say his favorite two words……ROLL TIDE!