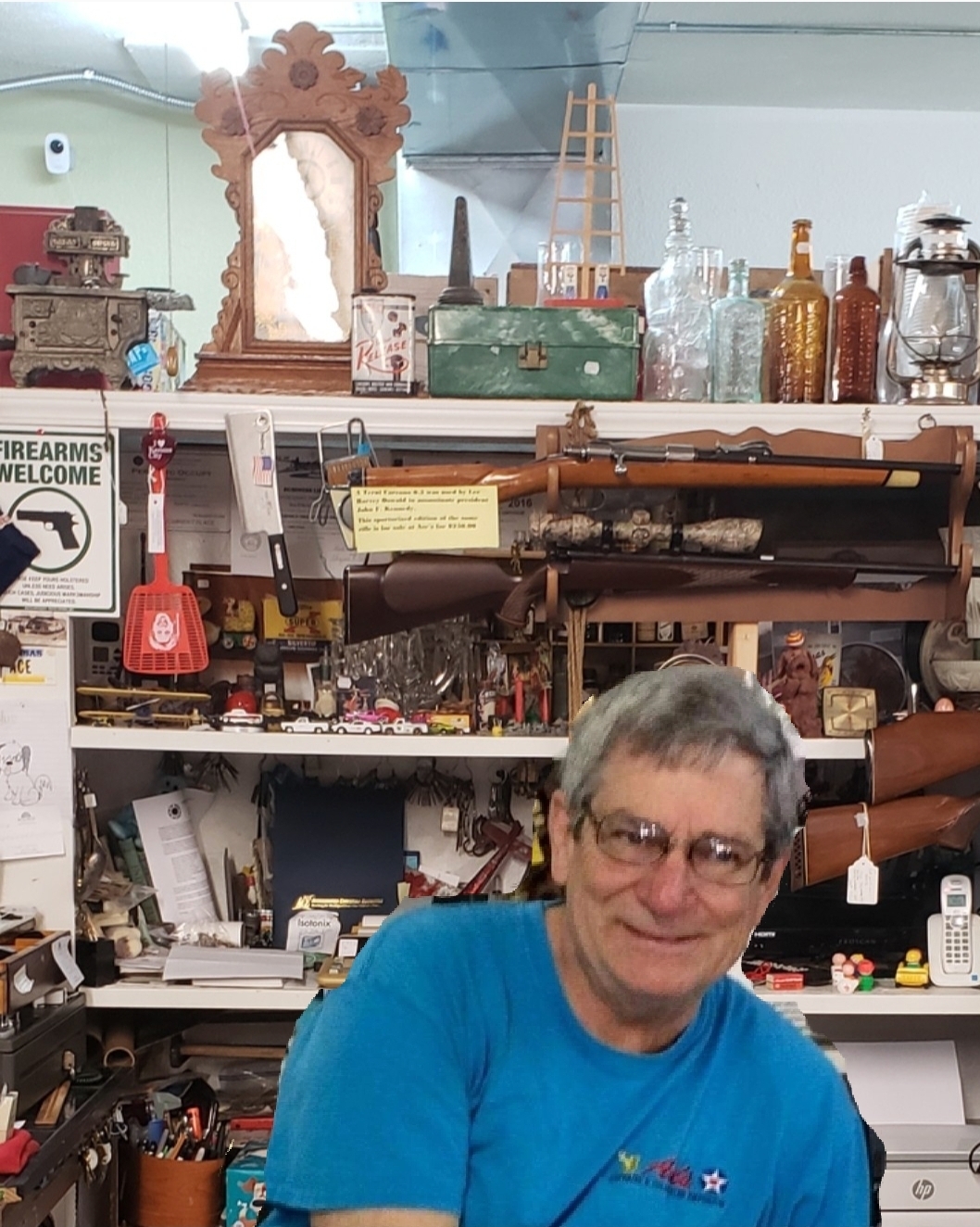 Dwayne Lawrence Ripperger (Larry) passed away on Saturday the 24th of August 2019 at the age of sixty four. He was born January 19th, 1955 in Kansas City, Missouri the son of Dwayne M and Marjorie L (Conway) Ripperger.
He graduated from Rockhurst High School in 1973 and received a degree in business from Washburn University in 1978.
Larry was a jack of all trades and master of many. He, alongside his wife Sharon and parents owned and operated Anne’s Hallmark shops in Springfield, Missouri for thirty plus years, selling them in 2008. He opened Ace’s Antiques and Collectibles Emporium in 2010 and continued to operate it until his death.
Larry married his wife Sharon T. Ripperger (Horton) July 7th, 1985 at his parents’ home in Overland Park, Kansas. They lived in Vassar, Kansas from 1986 to 1993 and raised their small Brady bunch. Moving to Reeds Spring, Missouri in July 1993 and remaining there until his death. Together, they had five children.
Larry was a collector of many things, but especially HO Slot cars. He liked to restore old cars and antique cast iron stoves. He loved the water and being on his sailboat at Lake of the Ozarks with his lifelong friends. He loved playing pool and played on a several leagues here in the Springfield/Branson area. He was also an alderman for the city of Reeds Spring.
Larry was the type of man that was loved by all and made friends with everyone. He will be deeply missed.
He was preceded in death by his parents, in-laws and two grandsons Sylas and Kempton Ripperger-Norman.
He is survived by his wife of 34 years Sharon, Five Children Everian Williams and husband Kevin, Leavenworth, KS, Jonathan Ripperger and wife Erin, Leavenworth, KS, Chelsea Digman and husband Brandon, Springfield, MO, Erin Ripperger, Topeka, KS and Carrie Ripperger-Martin and Husband Connor, Ozark, Missouri; Two sisters Connie Lynn Borserine and Husband Mark of Overland Park, KS and Marya Baker and Husband Earl, New York, NY, Six grandchildren, one great grandchild, two nieces and many more friends and family members whom he loved and cherished.
Memorial services will be Saturday August 31st 2019 at Greenlawn Funeral Home East 3540 East Seminole, Springfield, Missouri beginning at 1pm. A visitation will be held prior beginning at noon.
In lieu of flowers the family asks that you make a donation to the Leukemia and Lymphoma society in honor of Larry’s father Dwayne M Ripperger.