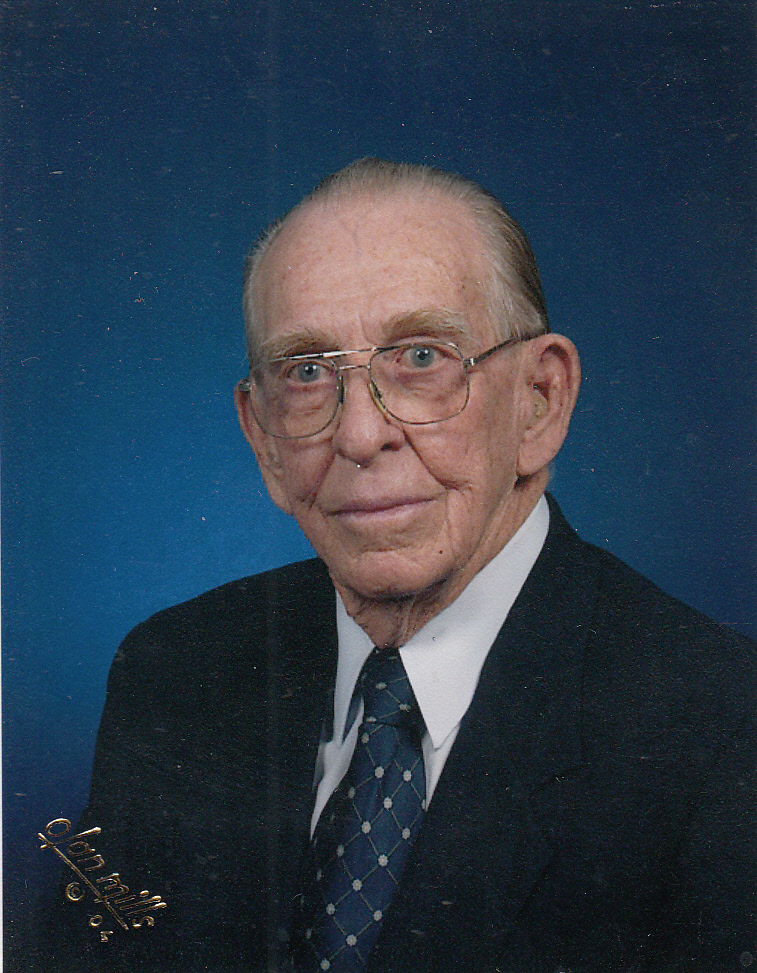 Edd Penner 100, Springfield MO, passed away April 25, 2019, in Sonshine Manor, after a short illness. He was born in Goltry, OK on Dec. 26, 1918, to Fred D and Susie (Unruh) Penner. He owned and operated Penner Tire Company in Ponca City, OK for many years. He was a United States Army Veteran of W.W.II and a member of Seminole Baptist Church. In his spare time he enjoyed lawn care.
Edd was preceded in death by his parents, his wife Esther (1994) a son Gary Penner, and
Daughter-in-law, Angela Penner.
He is survived by his daughter: Sharon McAtee (Kerry), three sons: Edward Penner (Linda),
Wilbur Penner (Betty), Jerry Penner, eight grandchildren, several great-grandchildren. A brother Art Penner and two sisters: Jenny DeHaas and Dora Lundak.
Visitation will be 6:00 p.m. to 8:00 p.m. Monday, April 29, at Greenlawn Funeral Home North with Services at 1:00 PM. Tuesday, April 30, 2019, in the funeral home. Burial will follow in Greenlawn Memorial Gardens.