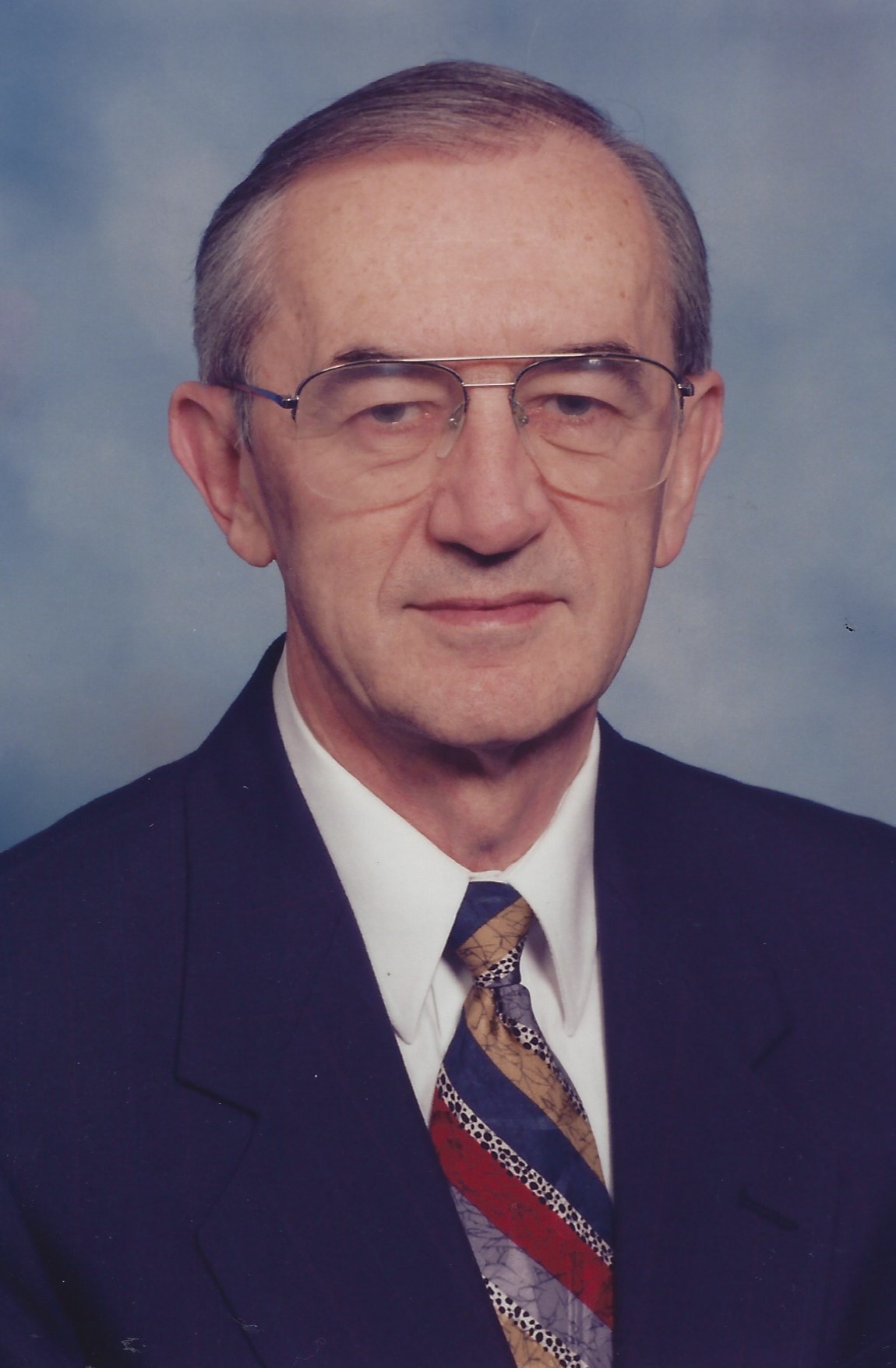 Reverend Edgar D. Lawrence went to be with Jesus, Friday June 05, 2020 in Nixa, Missouri following a long battle with vascular dementia. Born May 05, 1932 in Three Rivers, Michigan, to Roy and Theresa Lawrence, they soon moved to Beloit Wisconsin. His Mother, a Registered Nurse at Beloit Hospital and his Father a farmer, eventually working as a grinder operator in the Fairbanks-Morse Company, struggled during the depression. Edgar the next youngest, had two brothers and one sister. Edgar had one half brother and two half sisters as well from his Fathers previous marriage.
Edgar grew up in Beloit, working from an early age of 11 delivering newspapers, progressing to full time employment in a Drugstore, as a high school junior. Edgar graduated from Beloit High School in 1950 and attended one year at Beloit College before joining the Army in 1951.
A surgical technician, he served in a Korea MASH unit one year, before transferring to Japan and serving in the same capacity at an Army camp dispensary. Upon returning to the United States, Edgar completed his Army service as a Surgical Technician, Fort Riley Kansas, before his Honorable discharge in 1954 at the Rank of Sergeant.
Following his military career, his career path changed from becoming a Medical Doctor to God’s calling upon his life of Christian ministry. He attended and graduated Central Bible College-Springfield, Mo in 1958 with a B.A. in Bible, minor in Theology, while learning sign language as an undergraduate. Edgar was united in marriage to Delna June Gooder, September 1956 and returned to Waukesha, Wisconsin as his first full-time pastorate for First Assembly of God church. He ministered to the Deaf and started a Deaf group in this first pastorate and by the end of two years, the church had grown to support him full time, allowing him to leave a supplemental hospital job and focus full attention to his ministry of Gods plan. The church grew from 15 to 142 when he left four years later, accepting a new pastorate position in Beloit, Kansas. He continued the same pattern of working part time to allow the church to grow without heavy financial burdens, planning to repeat his previous successful pastorate. However, in 1963, Edgar was invited to join the faculty of his alma mater, Central Bible College, as the first full time instructor in their school for the Deaf.
At Central Bible College, the two year Deaf program expanded to a three year diploma program with the opportunity to obtain a B.A. finishing their fourth year with interpreters. In addition to the Deaf school expansion, the Special Ministries Department expanded their curricula, positioning Edgar to department head. As Associate Professor, he also taught American Sign Language, Interpreting/reverse interpreting, Socio-Psychology of Deafness, Child Growth and Development, Adolescent Psychology and Revelation. However, his passion for the Deaf community was strong, always involved with the Living Signs Choir, Signs and Wonders drama group, CBC Sign Language club, Mu Chi Kappa, Advisor to Deaf Ministries for the National Division Of A/G Home Missions, planning committee member for the Biannual Home Missions Deaf Convention, and liaison/ advisor for all aspects of Special Ministries. Edgar continued to advance his education, acquiring an M.A. degree in Education, Administration, and Supervision in the area of the Deaf at California State University-Northridge, CA 1968 and stopping short of a Doctorate to focus on family and ministry. In 1976, Edgar authored Sign Language Made Simple, a beginning Sign Language instructional book for those wanting to learn sign language. Following the second revision, the book was translated into Spanish as well. Edgar also authored Focus on Deafness and Ministering to the Silent Minority in 1978 throughout his ministry. Edgar retired from Central Bible College in 1999, but remained adjunct professor for several years thereafter. Edgar continued is personal passion in medicine through Cox Hospital as a Surgical Technician, part time from 1966-1999 as well, exhibiting his compassion for others and hard work ethic.
Edgar is survived by his sister Una Schultz of Beloit, WI, brother Richard Lawrence of Trumbull, CT, children Jim and wife Cassie of Ozark, Mo, Starla Lawrence, Phoenix, AZ, Paul Lawrence and wife Shannon, Rogersville, Mo and Rhonda Lawrence, Webb City, Mo, 13 grandchildren, 3 great grandchildren, 4 nieces, 6 nephews
Visitation will be Thursday, June 11 6-8pm and funeral services Friday, June 12 1100am at Greenlawn East Funeral Home. Interment will follow at Veterans Cemetery Springfield, Mo. for immediate family due to restrictions.