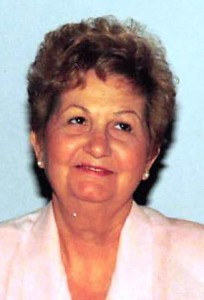 Edith Marie (Hillhouse) Sallee, 87, of Springfield, MO was delivered in the arms of her Lord on Jan. 31, 2015.
Born October 01, 1927 to Willie and Chole Hillhouse in Pontiac, MO.
She was preceded in death by her husband of 50 years, U. Glesco Sallee, her mother, father, brothers Ray, Etshel, Alford and grandson Garen Sallee
She is survived by her three children Larry and wife Donna Sallee, Fort Worth, TX., David and Kathy Sallee, Lenexa, KS., and Janie Hooker, Tulsa, OK., and five grandchildren and 3 great-grandchildren. A brother, Fray Hillhouse and 3 sisters, Mary Hagler, Betty and Eldon Wallace, and Ivonne and Gene Bowers. Also survived by a multitude of nieces and nephews.
Attended Mammoth School, Marie move to Springfield, Mo., after the war to work and graduated from the Bluebonnet beauty school. Married Glesco Sallee on March 07, 1948 and later that year moved to Kansas City MO. They raised their family. They retired in the mid-1970’s and took up Gentlemen farming. In 1981 they retired from the farm and returned to Springfield to live.
The family would like to thank the staff of The Arbors at Ravenwood.
In lieu of flowers donations may be made to Alzheimer’s Association.
A visitation will be Tuesday, Feb. 3 from 12:00 PM until service time at 1:00 PM at Greenlawn Funeral Home East, Springfield, MO. Burial will be at Hazelwood Cemetery, Springfield, MO with her husband.