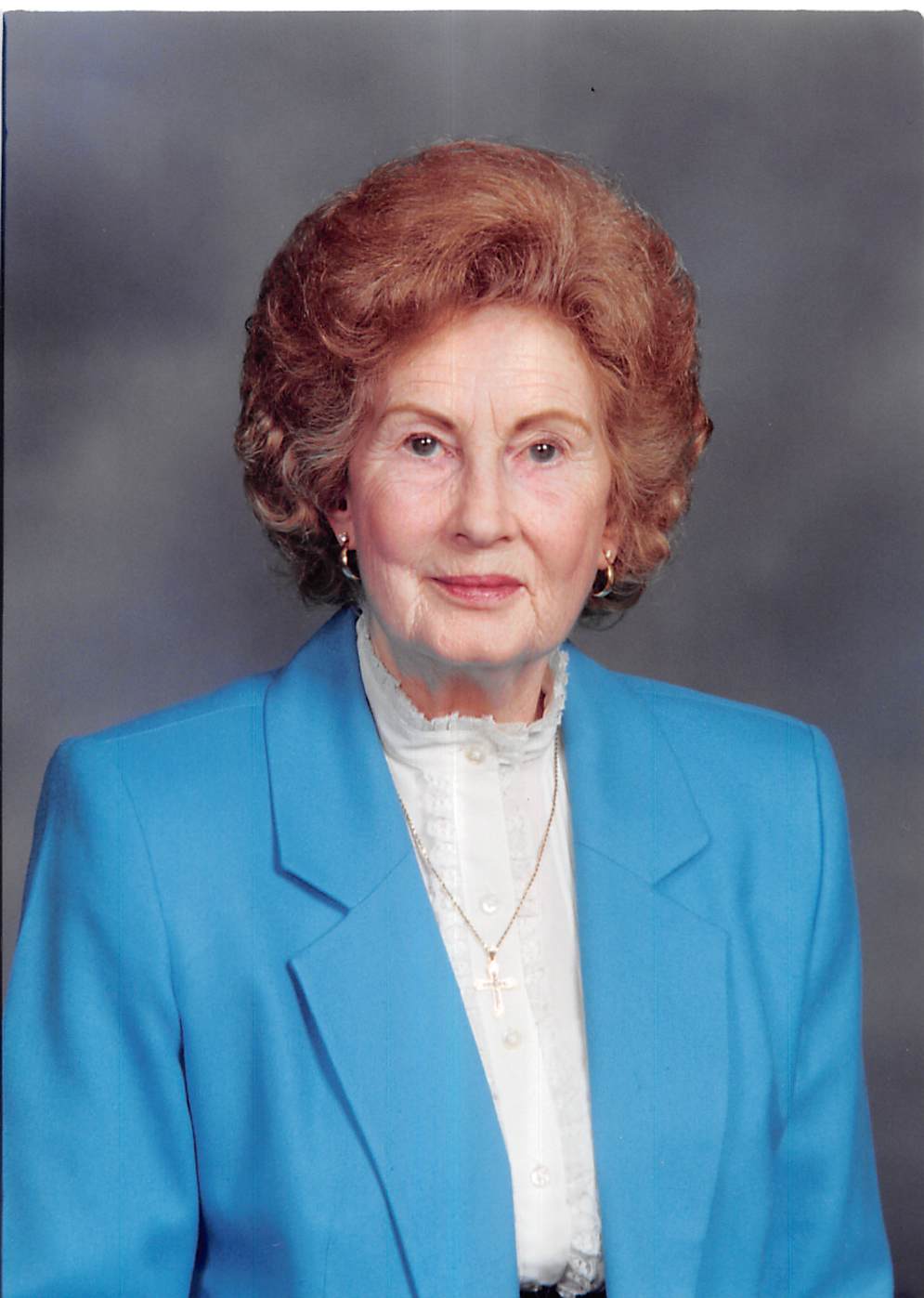 Edna Faye (Shibley) Grubaugh age 97, Springfield, MO, went to be with her Lord at The Township Senior Living – Memory Care in Battlefield, MO on June 24, 2020.

Edna Faye came into this world happily smiling on January 20, 1923 in Green Forest, AR. She was born to a well known local banker, Herbert S. Shibley and his wife Wille Anna. Edna Faye grew up in Green Forest and as a teenager worked alongside her father in his bank.

After graduating from Green Forest High School in 1940, she moved to Springfield, MO to attend Draughon’s Business College. She lived in one of the rooms of a large home owned by Andy and Amy Grubaugh, and it was there she met their son Howard Glen. After a romantic courtship Howard  and Edna Faye were united in marriage on November 15, 1942. With Howard  serving in the military, they moved to San Antonio, TX where he was stationed. Later they returned to Springfield where their family began to flourish with the birth of a daughter and son. Sadly in 1962 Howard passed away.

Edna Faye began her new career at Lily-Tulip Cup Corporation in 1963 and served as a dedicated office employee until her retirement in 1981.

Later Edna Faye became reacquainted with a classmate, James Fred Miller, at a Green Forest High School reunion. They were united in marriage on November 15, 1985. Fred and Edna Faye had an exciting life together. Among their many activities they belonged to several square dance groups and enjoyed playing pool with their friends. They also had a great love of travel and made many bus trips across the United States and Canada. Another pastime they thoroughly enjoyed was attending the shows in Branson.

Edan Faye was known as quite the social butterfly. She was loved for her kindness, cheerful disposition, and friendly demeanor. She was famous for the delightfull parties she hosted in her home for friends and co-workers. She often entertained her guests with her incredible music skills on the piano, organ, accordion, and ukulele.

In her later years she was a member of the Happy Plunkers Ukulele Band that performed throughout southwest Missouri for special events and at senior living facilities. She loved spending time planting flowers in her yard and working on her patio.

Edna Faye was a dedicated member of Grace United Methodist Church for over 70 years.

A celebration of Edna Faye’s life will be at 11 am, Friday, July 3, 2020 at Greenlawn Funeral Home South with burial to follow in Maple Park Cemetery. The family will receive friends from 6-8 pm, Thursday in the funeral home. Those unable to attend the services may watch the service through the Zoom application, Personal Meeting ID 448 547 7845 and pass word 5jTLDp.

In lieu of flowers memorial contributions may be made to Grace United Methodist Church, Springfield, MO.

Edna Faye will be sorely missed by all who knew her. She is gone but will never be forgotten.