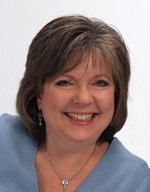 SPRINGFIELD – Elaine Marie (Emery) Gregory, 53, passed away Wednesday, August 19, 2009, at Cox South Hospital. She was born June 9, 1956 in Daytona Beach, Fla., the daughter of Ernest H. and Joanne H. Emery. She graduated from Hutchinson High School, Hutchinson, Kan., in 1974 and from Southwest Baptist College, Bolivar, Mo., in 1978 with a BS degree in elementary education and a minor in music education. On July 29, 1978, she married Timothy S. Gregory at Hutchinson, Kan.
She taught for three years at Union Valley Grade School, Hutchinson, Kan., after which she became a mother, homemaker, and home school teacher to her children. A resident of Greene County, Mo., since 2002, she began a new career with Springfield Victory Mission in 2007. She was a member of Second Baptist Church, Springfield, where she served as a third grade Sunday school teacher. She was a former member of First Southern Baptist Church, Hutchinson, Kan., where she served as pianist, organist, children’s choir director, and Sunday school teacher.
She is survived by her husband, Tim, two daughters: Andrea K. Gregory and Joanna M. Gregory of Springfield, Mo.; a son: Aaron S. Gregory of Springfield, Mo.; her parents, of Hutchinson, Kan.; two brothers: Ronald S. Emery, of Hutchinson, Kan., and James P. Emery of Buhler, Kan., a sister: Sharon E. Moran of Wichita, Kan.; and many other relatives and friends.
Friends may call from 6:00 to 8:00 p.m., Sunday, at Greenlawn Funeral Home East, Springfield. Memorial services will be at 2:00 p.m., Monday, at Second Baptist Church, with pastors John Marshall and Ed Meyer presiding. Burial will be in Hazelwood Cemetery, Springfield. Memorials may be sent to Springfield Victory Mission in care of Greenlawn Funeral Home East, 3540 E. Seminole, Springfield, Mo. 65809.
On-line condolences may be left at www.greenlawnfuneralhome.com.