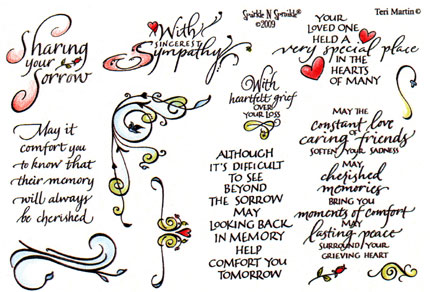 Elder R. Hugh Sears of Springfield, and most recently Ozark, 100, left this world peacefully on Wednesday, January 15, 2020, at 7:25 p.m. and entered his heavenly home to meet his savior Jesus Christ.
Hugh was born on July 22, 1919 near Caleco, MO in Macon County the oldest son of Arthur Clarence and Jerusha Ellen “Jeda” Epperson and is preceded in death by both parents and two younger brothers, Oliver Paul (1923 – 1982) and his twin brother (baby) who died at birth.
He and Lorene Estes Engle, of Ava, were married in December, 1938 with the marriage ending 56 years later with her passing in 1994. To this union nine children came into this world, three of which have been called home, Lois Ann (infant), James Arthur and Cecil Lynn. The remaining children are Joyce E. Kassner & family, David A. Sears & family, Thomas L. Sears & family, Richard (Harvey) Sears & family, Clarence L. Sears & family, and Charlotte McMillen & family. From the children, there have been born 16 grandchildren, 30 great grandchildren and 13 great, great grandchildren along with a host of nieces, nephews and their families.
A second marriage to church member Zena Mae Myers (1995 – 2000) provided a “bonus” of two daughters and one grandchild of which Zena Mae and one daughter (Twila) have been called home.
A third marriage to church member Marie Geib (2000 – 2012) has also been called home.
Hugh presented himself to the Zion Primitive Baptist Church in Springfield MO in December, 1948 being baptized the next month in January 1949. After being called to the ministry, he became pastor of the Mt. Zion church in Oregon County in 1958 and was ordained in 1968. At his death, he was pastor of two churches, New Hope in Dallas County (for over 40 years) and one in Howell County, Little Zion (over 20 years) being assisted at both churches with Assistant pastors Johnny Woodruff and Mike Reeves respectively. At his passing, he had filled the pulpit in 17 states and is preceded in death of over 100 ministers he had either assisted and or known.
Since leaving the farm in 1945, Hugh held several different trade positions with numerous companies becoming skilled in many things but in his terms “master of none”. After having worked with and or for Vaud Yandell for several years, he and Vaud became partners in 1965, forming Southwest Petroleum and Equipment Company which specialized in both construction and repair of service stations and their relative equipment. Later when his partner retired, the company was sold to Love Oil Company, the local Conoco distributor, where he performed the same duties, repairing their equipment. He “officially” retired in 1985 and dedicated the remaining years of his life to the ministry.
Hugh has requested that donations to the individuals’ respective churches be done in lieu of flowers and or their local hospice.
Funeral services will be at 1:00 p.m. Saturday, January 25, 2020, at Greenlawn Funeral Home North, with burial to follow, in Greenlawn Memorial Gardens. No visitation is planned.