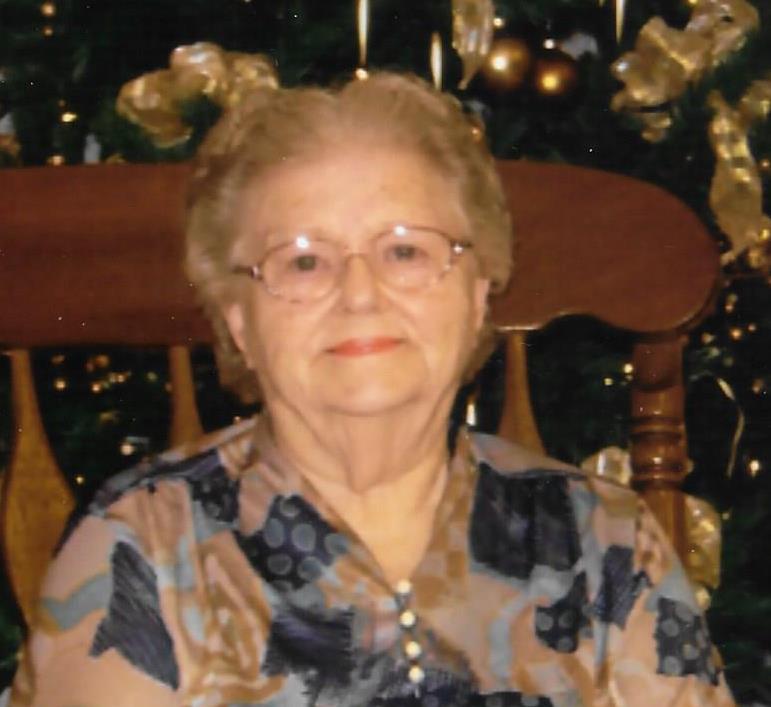 Elma Avonell Breesawitz, 96, of Bolivar, went to be with the Lord on Wednesday, Sept. 30th, 2020.  She passed away at the Citizens Memorial Healthcare Facility Bolivar, MO, where she had been a resident since 2006.

Avonell was born July 4th, 1924, in Kansas City, KS, to Lloyd and Virgie (Tidwell) Kaudle.  In 1930 they relocated to Polk, where she would spend her formative years and forge a life working the land with her parents.  Avonell spent the entirety of her life after that point as a resident of Polk County.

Avonell enjoyed spending time with her family members and found great joy in attending church services.  Bible study, singing hymns, and Sunday School all served as a spiritual beacon of light for Avonell in the darkness of the world.  Later in life as a resident of Citizens memorial Healthcare Facility, Avonell delighted in the activities and interactions with the staff and fellow residents – many of whom had the pleasure of being called “kid” by Avonell.  While a lifetime of joy and memories can hardly be captured in a few short sentences – the moments Avonell shared with all of those in her life will be cherished by all those who knew her.

Avonell was preceded in death by her parents, Lloyd ad Virgie; her husband, Bill; one son, Phillip; and one granddaughter, Crystal.

In lieu of flowers, memorial contributions can be made to the Alzheimer’s Foundation of America to support the noble search for a cure for a disease which touches so many lives.  Visitation will be held Sunday, October 4, 2020, from 1:00 to 2:00 pm in the funeral home.  Funeral services will follow at 2:00 pm, with interment to follow at Mt. View Cemetery Polk, MO.  Online condolences may be made at: www.greenlawnfuneralhome.com.  Arrangements have been entrusted to Pitts Chapel Bolivar, MO.  A special thank you to the Citizens Memorial Healthcare Facility and CMH Hospice staff’s for all of the love and care they have provided.