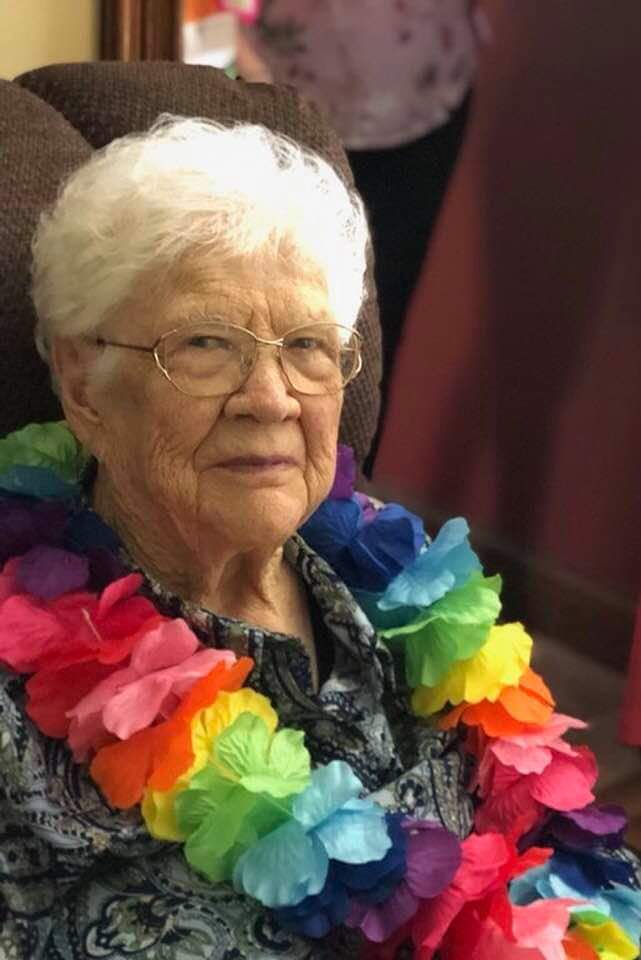 Elva Mae (Lillegard) Smith departed this life on Monday, September 21, 2020, in Cox Medical Center South at the age of 101 years, 4 months, and 23 days.  She was born in Cylinder, Iowa to Herbert Eugene & Nellie Coral (Hudson) Lillegard.  She has one surviving brother, Floyd & wife Polly, of Monett, MO.  She is preceded in death by her parents, husband, three brothers, and one sister.

Elva moved with her family as a young girl to Missouri and eventually settled in the Foose area.  She later married Jack Smith on November 4th, 1939.  Together they owned a dairy farm south of Buffalo until his death in 1959.  Elva then moved to Springfield and started working for the McKinney Bedding Co.  After retiring in 1977, Elva continued to sew making custom pillows, many hand-stitched quilts, and up until just recently was still crocheting rag rugs.  She always enjoyed cooking and was best known for her chicken & noodles.  In 2014 Elva moved from her home in Springfield to Webco East assisted living in Marshfield where she resided until her passing.  Elva spent her whole life devoted to her family and was affectionately known as “Toot” to many of them.  She leaves behind many family & friends who will truly miss her.

Family members were with her as she was laid to rest in Fraker Cemetery, Buffalo, MO on Saturday, September 26, 2020 under the direction of Greenlawn North Funeral Home.