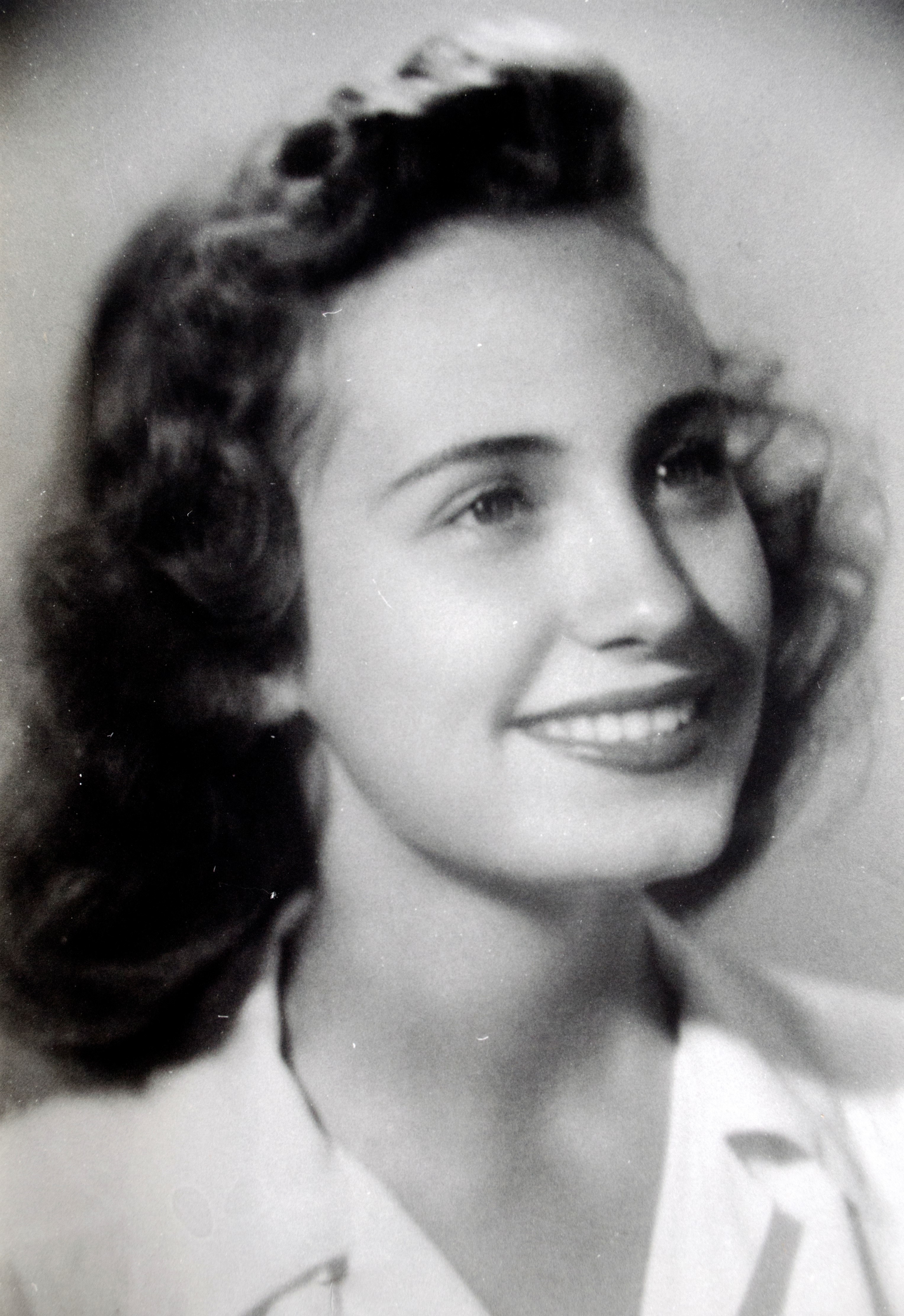 Emily Grace Jenkins passed peacefully on the evening of Wednesday, June 19, 2019. She was born Emily Grace Nickelsen in Honolulu, Oahu, Hawaii, on August 19, 1927, to Olaf Nickelsen and Emily South Nickelsen. Known to those who loved her as “Nickie,” she was the youngest of three children. Her sister, Winifred Lawrence, and brother, Harold Nickelsen, preceded her in passing.
Nickie grew up a vivacious teenager in the shadow of the Great Depression and World War II. She experienced the terror of Pearl Harbor first-hand and survived the regular blackouts and food shortages of the war era. She graduated from the prestigious preparatory school, Punahou, in 1945 and went to work as a clerk-typist for the United States Air Force Mid-Pacific Command until 1946. After the war Nickie worked as a colorist for an ad agency and then a clerk for Liberty House. Using the grace she was named for, she also performed both Adagio and Hula dancing around the Hawaiian Islands.
A born socialite, she regularly dated Air Force and Navy officers—narrowly escaping multiple engagements to find her true love, Albert Samuel Jenkins. Nickie described Albert as, “a ridiculously, handsome blalah,” whom she could not resist. She nicknamed him Jack, and was married within three months of meeting him, on February 3, 1951. Nickie and Jack lived on the Big Island, Hawaii, first in a refurbished chicken coop on Jack’s family ranch, then in a tiny house on Waiaha in north Kona beach. During their life in Hawaii, Nickie had three of her five children: Laurie Anne, Jill Helene and Jeffrey Jack.
In search of greater opportunities for their family, Nickie and Jack moved to the mainland in 1957. They lived in Belmont and then Cupertino, California. Nickie continued to be a loving wife, mother, and homemaker. She had two more children: Rodney Lee and Michelle Nicolette.
While in Cupertino Nickie became a Christian, beginning a lifelong relationship with Jesus Christ. She joined Calvary Community Church and was an active member participating in prayer groups, hosting Bible studies and even joining a Hawaiian group. With her sister and brother-in-law, Bill and Irene Lewers, Nickie used her love for Hawaiian music and talents for ministry. She traveled to military hospitals and retirement homes to play the ukulele, sing, hula and share her love for Jesus. Having a perpetual desire for knowledge, Nickie took several courses at De Anza Community College in Cupertino. She also enjoyed various hobbies including: Tole painting, Hanafuda (or any game in which she could defeat her opponents), crocheting and learning to play the organ.
When Jack retired the couple moved to Marshfield, Missouri, to follow Jack’s dreams of ranching. Together they raised beef cattle, cared for two horses, and an excessive amount of cats (she was never able to satisfy her deep love for cats or milkshakes). Nickie and Jack became members of Cornerstone church in Springfield, Missouri, and relocated to Springfield to be closer to the church. Nickie joined a group of women from Cornerstone who regularly met to study the Bible and pray. She met with these women faithfully until a few weeks prior to her passing.
During their happy life in Springfield, Jack was diagnosed with Alzheimer’s. As Jack’s condition began to deteriorate, Nickie moved to an apartment in Springfield, across from her daughter Laurie, where she could be helped with the care of Jack. When Jack was moved to a retirement home, a year later, she visited him every day. When Nickie could no longer live alone, she moved to Marshfield to reside with her daughter Jill. Jack was moved to a retirement home in Marshfield. Nickie’s prayer, during this time, was to live long enough to continue caring for her husband. Jack passed away on January 30, 2019. Nickie was by his side. They had been married for 66 years.
Nickie has gone home to be with her Savior, husband Jack and grandson, Daniel Shatswell. She will be greatly missed by those living: all five children and their spouses (John Callaway, Julia Ellanson, Renee Close and Paul Coelho), 14 grandchildren and 20 great-grandchildren. Nickie’s great love, consistency, wisdom and feisty wit will be forever missed.
The Jenkins family would like to thank all the family and friends who contributed to Nickie’s life and also those who have gathered to celebrate her new life with Jesus. The family also thanks the doctors, nurses and staff at Mercy Hospital, Springfield, for caring for her during her last days.