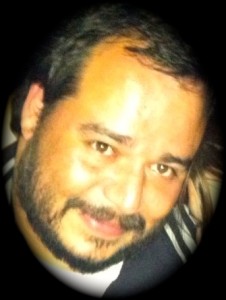 Eric Christian Goodpaster-Turnage was born October 15, l970, in Portland, Oregon to Jim and Lois Goodpaster. He was the third son, with older brothers Jimmy and Gerald. Two younger brothers, John and Noel, would follow. After the death of their mother, Eric, Gerald, and John went to live at Hillcrest Children’s Home in Hot Springs, Arkansas. In l980 Vance and Juleen Turnage adopted Eric and Gerald. Eric grew up in Springfield and was an outstanding football player at both Cherokee Middle School and Kickapoo High School, where he won All District Honors. Eric had a smile that could light up any room, a personality that drew people to him, and a quick wit that entertained those around him. The family attended Evangel Temple and Central Assembly in Springfield where Eric was active in children’s and youth activities. In recent years he had been employed by Springfield Parking Company where he found great mentors in his cousin, Kevin Montgomery, and Alex Scott. Eric is survived by his parents, Vance and Juleen; and 5 brothers—Gerald and Marc Turnage, Jimmy Jennings, John Dacus, and Noel Goodpaster. He also has several nephews, nieces, aunts, uncles, cousins and many friends. Visitation will be Sunday, February 8, 2015, from 3:30-5 pm at Greenlawn North. A public graveside service is scheduled for Monday, February 9, 2015, at 10 a.m. in Greenlawn Memorial Gardens. Rev. David Plymire will officiate.