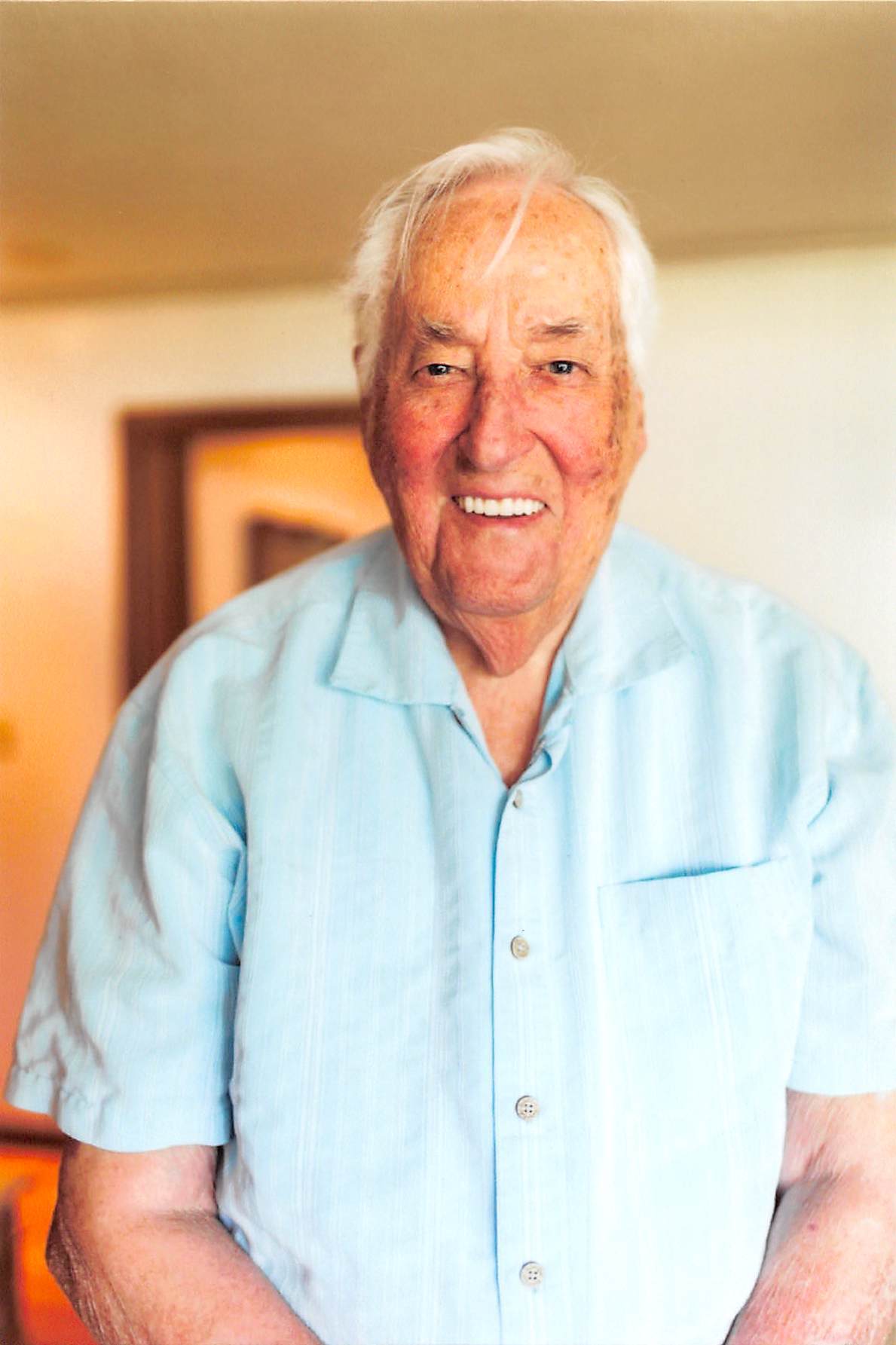 Ernest Edwin (Ernie) Goswick was born on July 23, 1920 to Edgar Jessie Goswick and Bertha Mae Johnson
in Wright Co., Missouri.
He grew up in Springfield where he started his life long affair with music at the piano and clarinet. By the time
he was 12, he was a member of the famed Richie Robinson directed Boy Scout Band. At 17, in 1937, he joined the US Navy and became a member of Admiral Kincades band. They entertained all over the Pacific for dignitaries and troops throughout the remainder of the Pacific deployment.
In 1940, with a three day pass, he married Ruth Metcalf of Carthage, Mo. Two years later, he was mustered out, only to be recalled at the beginning of WWII shortly thereafter. About the same time, his first child, Marcia Kay was born.
By 1944, his second child, Ernest Edwin Goswick Jr. was born and he was joined by his little family briefly in Washington DC before going back to sea once more.
He mustered out for the second time at the end of the War in 1945 and returned to Springfield to resume civilian life. With first working in the family business of baking and selling pies, he soon began a long career with the Frisco Railway, while maintaining his love of music. He played with Forrest Watson throughout a four state area for several years, was the band at the center of Half-A-Hill and Flamingo Night clubs . By the 80’s , he was a member of the Abou Ben Adhem Shrine, playing with their Swingers dance band.
He built the family home on Thelma in Springfield MO in 1948 and continued to seriously set down roots.
In 1955, his second daughter, Cynthia Louise joined the family. The house on Thelma began to shrink and by the time the new house on Meyer was finished in 1963, Eddie had married and was starting his own family. In 1966, Marcia left for the Army and the family size shrunk to three.
Sometime in the 70’s, he joined the Frisco Railway army reserve unit and completed his 20 years of service that lead to a military retirement. He retired from the Frisco in 1981, but continued blowing his horns and playing piano wherever the music led him, well into his final years.
In retirement, he and Ruth traveled with the Shrine and made many, many friends all over the country.
The members of his Navy band began having a yearly reunions in the 1970’s and continued in that tradition until only 3 or 4 of them now remain.
He was an avid golfer, playing at any chance he had. As late as age 90, he played with grandsons and enjoyed
having the lowest score. He also had a life-long love with the automobile. He drove them all, repaired a good many of them, and bought and sold them for fun and profit. He became a second generation Cardinal baseball fan at birth and never wavered in his support for that team.
Those attending the visitation on Friday night are encouraged to wear their Cardinal gear.
He is survived by his daughters, having lost his beloved son in 1996 and precious wife in 2004.
In addition, there are six grandchildren -Jeff Goswick, David Goswick, Mary Broadwater, Brian Monahan, Amanda Dalton and Wesley Allen – along with 10 great grandchildren that have been grateful to have him in their lives.
He will be sorely missed by all.
The schedule of events are as follows:
October 12, 2018 Visitation from 6-8 PM at Greenlawn Funeral Home East, 3540 E. Seminole, Springfield, Missouri.
October 13, 2018 Celebration of Life at 10:30 AM with the Shrine Dixie Land Band at Greenlawn Funeral Home East, 3540 E. Seminole, Springfield, Missouri.
October 16, 2018 Inurnment at 2:00 PM with Full Military Honor Guard at Hazlewood Cemetery.
The family requests that donations be made to the Shriners Children’s Hospitals in lieu of flowers.