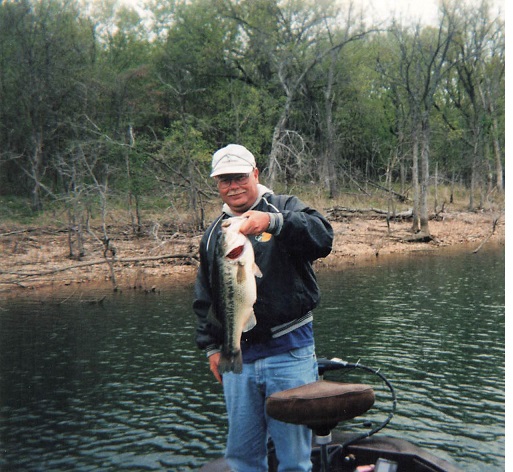 He was a machinist, and eventually plant manager, for Alton/Jefferson Smurfit (now West Rock), until his retirement after 39 years of service. He was also a member of the Baptist denomination.

His many interests included belonging to fishing clubs throughout the many years where he won numerous awards and trophies; and fished in many tournaments for charity.  He still holds the record for the largest weight caught on Stockton Lake on a single day in a tournament! In addition he enjoyed movies and golf.

He is preceded in death by his father Ernest Wayne Moentnish, Sr.; grandparents on both sides; many aunts and uncles and cousins. He survived by his wife Shirley (Fleetwood) Moentnish; mother, Freeda (McDonald) Moentnish; daughter, Danielle Moentnish; brother, Alvin Moentnish (Janet); sister, Patricia Hicker (Robert); and many nieces, nephews, cousins, and close friends.

The family is asking that donations be made to Cancer Research for the Ozarks, especially Esophageal and bone cancer. Since he was an eye donor for the blind at his death, the family is also asking that Giving Sight be donated to.

A visitation will be held at Greenlawn Funeral Home North on March 11, from 6:00-8:00. The graveside service will be at Greenlawn Memorial Gardens on March 13, at 2:00. The family is asking that all attendees wear masks to both services.