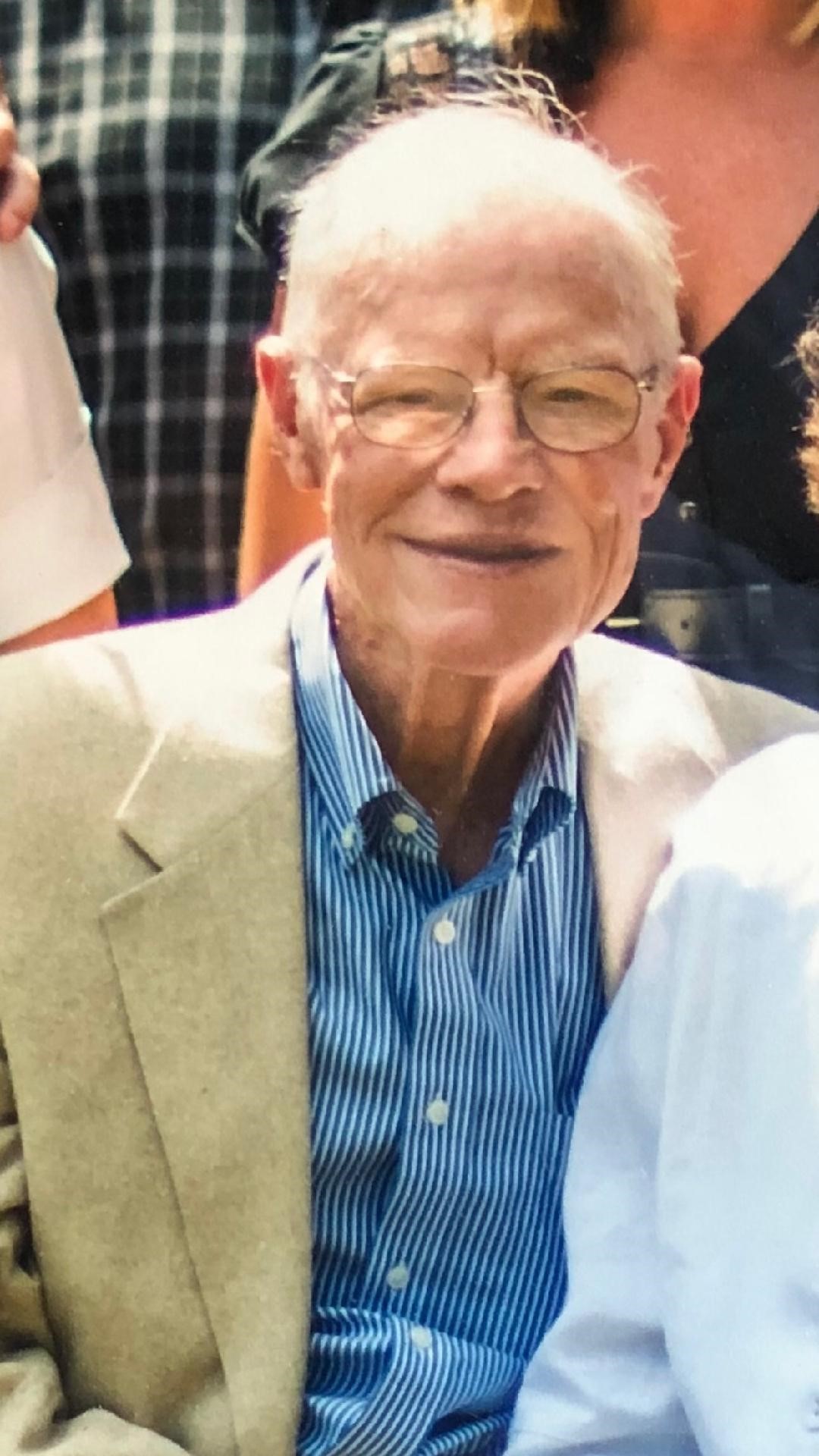 On August 7, 1953 he was united in marriage to Lois Elva Cox Gadd and to this union three sons were born.

He was proceeded in death by his parents, his wife of 64 years, Lois and a son, Erwin Palmer Gadd, Jr.  “Bucky”.   Erwin is survived by two sons, Rodger Gadd and his wife, Caressa, of Nixa, Missouri and John Gadd and his wife, Lou, of Lebanon, Missouri; five grandchildren, Ashley, Victoria, Melissa, Michael and Jodi; twelve great-grandchildren; a sister Carmen McDonald of Popular Bluff, Missouri; a brother-in-law Ted Cox of Overland Park, Kansas; several nieces and nephews; as well as a host of other relatives and friends.

Erwin was raised in the Lebanon area working with his father on the family farm.  He graduated from Lebanon High School and then earned his Bachelors Degree and his Masters Degree in Animal Husbandry from the University of Missouri in Columbia, Missouri.  Soon after he and Lois were married, they made their home in Jefferson City, Missouri where they lived from 1956 to 2016.  Erwin worked for the Missouri Department of Health from 1956 until his retirement.  After retirement, he enjoyed getting back to his roots by working on the farm with his son, John.  They moved back to Lebanon in 2016.

Erwin received many awards for his work in community health, including a distinguished sanitarian award from the International Association of Milk, Food and Environmental Sanitarians.  He also served on the State Milk Board for Missouri.

Erwin loved working on the farm and considered that his “hobby”.  If there was spare time, he would rather pick up rocks in the field than anything else.  He loved being around the grandchildren and watching them grow up.  He was always willing to go on any adventure Lois had in mind.

Erwin was a loving husband, father, grandfather, great-grandfather, brother, and uncle.  He will be fondly remembered as a man of few words, but a big heart.

Graveside services for Erwin will be at 1:00 pm Saturday, February 20, 2021 at Mt. Rose Cemetery, in Lebanon, MO under the care of Greenlawn Funeral Home East.

In lieu of flowers, memorial contributions may be made to the Lebanon Missouri FFA chapter, C/O Lebanon School District, 224 W Commercial, Lebanon, MO. 65536.