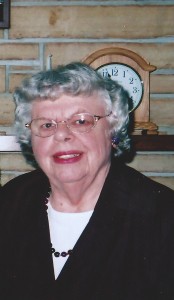 Memorial services for Esther Margaret Banahan age 87 of Branson, Missouri will be held at 1:00 PM, Thursday, June 16, 2016 at Greenlawn Funeral Home in Branson with Pastor Emil Bartos officiating. Arrangements and cremation were under the direction of Greenlawn Funeral Home in Branson.
She passed away on June 13, 2016 at Cox Medical Center in Branson, Mo.
Esther was born on April 28, 1929 in Holmesville, Nebraska the daughter of Thomas and Etta Heits Dorn. She was a retired school teacher having taught for 27 years in a one room school through elementary school in town. She and her husband moved from Nebraska after their retirement to Branson in 1991 to make their home. She was a loving wife, mother and loved working with children. She was an avid reader and a great cook. She was united in marriage to John Banahan on December 28, 1959 in Pickrell, Nebraska and to this union was born a daughter.
Survivors are her husband, John Banahan of the home in Branson. A daughter, Christine Banahan of Austin, Texas. She was preceded in death by her parents, two brothers, Louis Dorn and Benhardt Dorn and sister, Tena Jergens.
In lieu of flowers memorials are suggested to the Peace Lutheran Church in her memory.