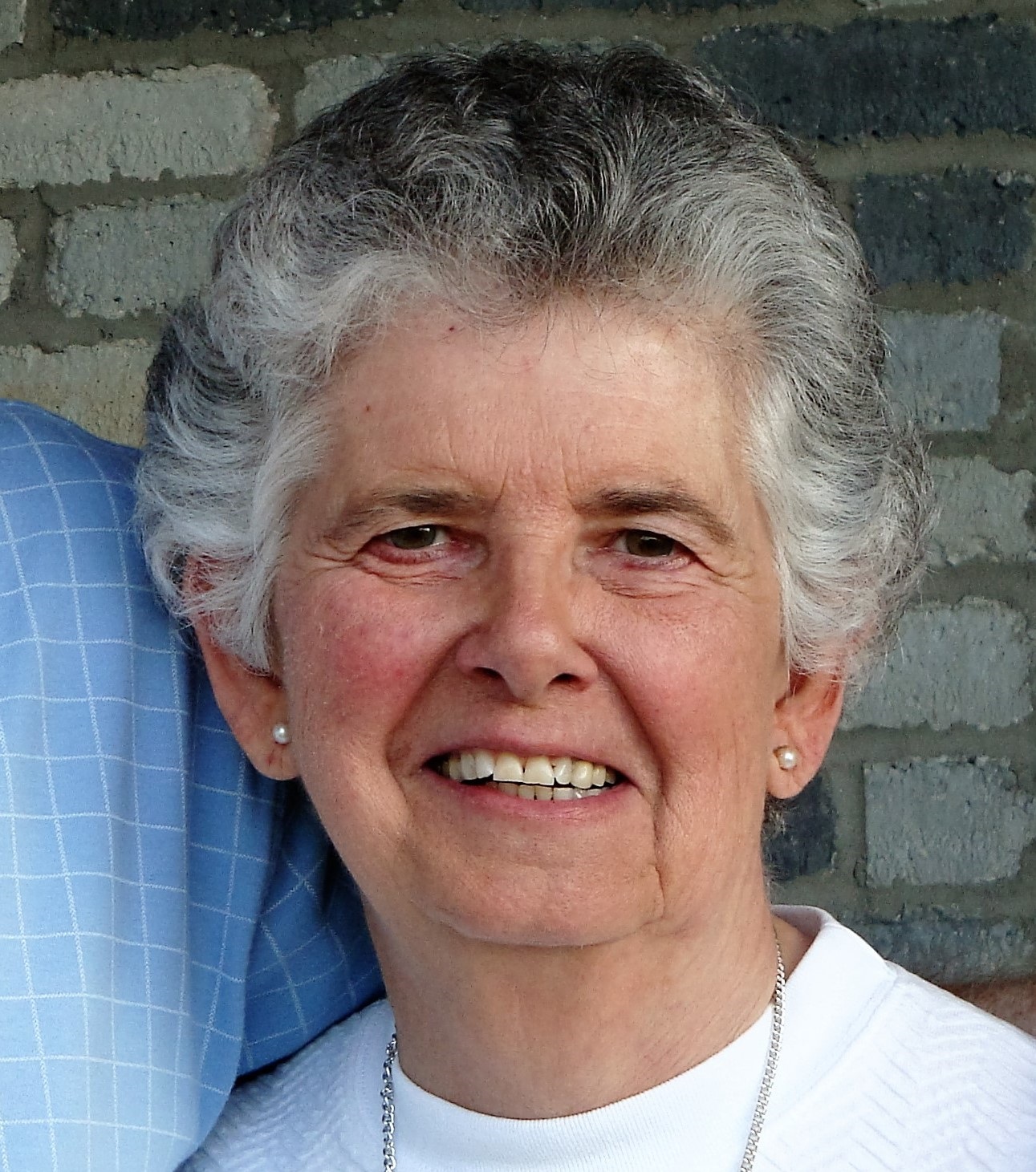 Faith Elizabeth Selness was born on August 14, 1936 at the Good Samaritan hospital in Watertown New York to Alex J. & Elizabeth Toth.  Her parents were married in a Catholic church rectory in Watertown on June 16, 1934 but shortly after had a conversion experience, asking Jesus to come into their hearts.  This was certainly “good planning” on God’s part because when Faith arrived 2 years later, premature, her parents named her “Faith Baby” believing by faith she would live – and she did.  Faith became eldest of 5 siblings, sister to Stephen, Allen, Deborah & Timothy.

Faith lived most of her life in Watertown except for a brief move to Scotts Bluff Nebraska when she was 13.  The family then returned to Watertown where Faith graduated High School in 1954.

Memories from Faith’s childhood included staying with her Grama Mandish when she contracted poison ivy after sitting in some weeds to pick pretty flowers; she also enjoyed dressing up in Grama Mandish’s old clothes.   Faith had memories of President Roosevelt and V-J Day at the end of WWII as all the yelling and car horn honking happened on the day after her 9th birthday in 1945. (Aug 15th)

Faith enjoyed the foods of her childhood including spaghetti, cabbage rolls, pork chops and salt pork.  Her Grama Toth made a raised fried Hungarian donut called Fank’s   and her Grama Mandish made Hungarian Kifli cookies with date and walnut filling.

After graduation from Watertown High School, Faith boarded a train and left home for Minneapolis Minnesota where for a time, she attended North Central Bible College and then the McPhail School of Music

During her time at North Central, she was introduced to a young Marvin Selness by Marvin’s Aunt Esther who was on staff in North Central’s Music Dept.  Shorty after being introduced the two of them attended a National Sunday School convention in Omaha, NE as participants in the convention; Faith in the North Central Choir and Marvin as part of a North Central Trumpet Trio. While on the trip, a friend of Marvin’s loaned him a vehicle and he took Faith on a date to Boy’s Town which has a mission to save children and heal families.  Their ongoing courtship included dates at Youth for Christ events, Miniature Golf and Musical Evening Events culminating in a proposal of marriage.

Faith and Marvin became One on June 16, 1956 at the Old Stone Church in DePauville, New York.  Faith’s recollection was that the audience stood during the whole ceremony.

Faith identified the births of her 3 children, Susan, Daniel & Lisa as her proudest moments.

When Marvin and Faith settled in Edgar Wisconsin to raise their family, her gifting in instrumental piano music enabled her to give hundreds of piano lessons to students of every age.   During her 32-year tenure as piano teacher if a student happened to need spiritual council or prayer while in Faith’s home, that also was freely included in the lesson.

While living on 2nd Avenue in Edgar, Faith learned how to garden and produce wonderful tomato soup (Campbells Soup was no competition) On a cold winter Saturday lunch often included a bowl of Mom’s soup with a toasted cheese sandwich.

She learned to golf so she could spend time with her busy husband and planted flowers around the house including a bed of red and yellow tulips which grew more beautiful every year and caused some mowing challenges for Marvin.  Faith enjoyed being by any body of water, so picnics at local lakes and trips to the ocean were enjoyed by the whole family.  She knew how to make good fried chicken and tasty lemonade from scratch and saw to it her family ate healthily long before it was in vogue.  Regarding marriage and family, she believed the secret to a successful home involved making Christ the Head of her household and ensuring daily family time in the Word and Prayer.

Faith loved people.  Young, Old, White, Laotian, Missionaries, Pastor’s, traveling evangelists, neighbors and family.  She could make friends at the checkout line in the store and babies spied by Faith were likely to be cooed at and played with if their parent didn’t mind.  She made friends with food servers, healthcare workers and anyone else that came across her path, listening to them and making their concerns part of her prayer time when needs were identified. She knew no strangers.

Faith wanted the people she came in contact with to remember kindness, generosity and a love for Jesus when they recalled their interactions with her.  I imagine when she arrived at Heaven’s gates, she was greeted by many who’s lives she touched, influencing them for the Kingdom of God.

You did good, Mom – Well Done.