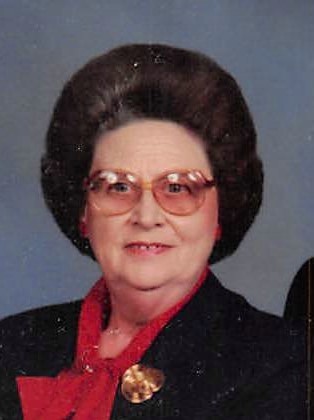 Frances L. (Cooper) Rasnake was born on March 27, 1922 in St. Paul, VA to R.C and Gertrude (Castle) Cooper. She was promoted to her heavenly home on Sunday, February 17 2019. Frances attended Dante Central High School in Dante Virginia, where shortly after her graduation she married Clinton B. Rasnake. They married on November 2, 1940 and welcomed a son and a daughter to complete their family. Frances was preceded in death by her parents, her husband, and her sister Lois Cooper Porter, a daughter in-law Delores (Boulware) Rasnake, and a son in-law Jack L. Brattin. Surviving is her son Burt (Sharon) Rasnake, and daughter Dorothy Brattin of Springfield Missouri, her sisters Irene Rose, of St. Paul, VA and Bobbie Duke of Gresham Oregon, her granddaughters Valerie L. Brattin, Jacque Nelson, DeEtta Cox and husband Rob, She also leaves five great grandchildren, Nacole and Bo Smith, Chris and Erica Cox, Natalie and Jesse Gantney, Nathan and Oana Nelson, Vanessa Nelson and Tanner Evans; four great-great grandchildren, Lexi, Emily and Jemma Smith, and Jaxon Gosa. Frances worked for many years as a sales lady at Deen’s Dept. Store, later known as Mead’s Dept. store in St. Paul VA. For a short time she also worked at the “Shirt Factory” in St. Paul. Beginning in her teenage years she played piano for church services and camp meetings in Dante, St. Paul and the Appalachian District. She also played the organ at St. Paul Assembly of God for over 50 years. She and Clinton taught the new converts class and were youth leaders while she also served as the Womens Ministries President and as Sunday School Treasurer. Services for Frances will be at 1 pm on Wednesday, February 20 at Greenlawn South Funeral Home Springfield, Missouri. A service will also be held at 10 am on Friday, February 22 at Castlewood Funeral Home in Virginia. There will be an internment following the service in Temple Hill Memorial Gardens. In lieu of flowers, contributions are suggested to the Food Pantry at Central Assembly Of God in Springfield, Missouri.