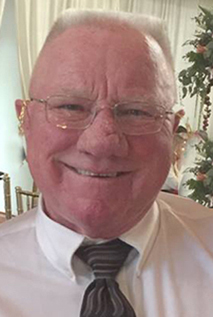 Dr. Frank L. Arnold of Kirbyville, MO peacefully entered into eternal life on January 15,2019 following a brief illness.
Frank Louis Arnold was born to Carroll Henry Arnold and Joyce Imogene Guthrie on November 3, 1945 in Houston, TX. As a child Frank lived in the Morgan City area of south Louisiana, Omaha, Nebraska and Davenport, Iowa. He attended West High School in Davenport, Iowa. Frank entered the U. S. Navy in 1963 and served with Patrol Squadron 47 in Operations Comm.
Frank married Joyce Ann Hunt on November 23, 1966 in Davenport, Iowa. They have one son, Carroll Andrew “Andy” Arnold.
Frank was employed as an electronics engineer by Bendix Corporation and worked on the Saturn 5 Booster. In 1969 he entered Palmer College of Chiropractic in Davenport, Iowa. During his Palmer days, Frank taught in the diagnostic X-Ray department. Frank also worked for National Cash Register Company (NCR) as a technician.
Frank graduated from Palmer Chiropractic College in March 1973 as a Doctor of Chiropractic. He established his first Chiropractic office in Forsyth, MO in June 1973. During 1978-1981, while living in Iowa, Dr. Frank practiced in Davenport, Iowa (Five Points Chiropractic Center) and Ottumwa, Iowa (Arnold Chiropractic Center). After returning to Taney County in 1981, Dr. Frank established his practice in Branson (Arnold Chiropractic Center). He retired from active in 2005.
A truly faith-filled man, Frank was a member of Our Lady of the Lake Catholic Church. He served as a member of the Religious Education and Youth Ministry Teams for fifteen years. His passion for the Gospel and ability to share that passion inspired many young people over the years.
Frank loved airplanes, trains, boats, VWs and Jeeps. He had at various times built elaborate model railroad displays, restored VWs and created Baja Bugs, modified Jeeps for off-roading and even built a Vari-eze airplane in the garage. In addition to being a gifted Chiropractor, Frank was also a talented wood carver, played the five-string banjo and in recent years became interested and took up cooking.
Frank never met a stranger. He always had a smile to share and his favorite greeting, “It’s a beautiful day in the Ozarks” ready to brighten anyone’s day. He was kind, generous, extended a helping hand to many and always put others before himself. He considered himself a Franciscan, a follower of St. Francis of Assisi. He loved all of nature and especially enjoyed feeding the many and varied wild critters who came to his neck of the woods.
Frank was preceded in death by his parents, a brother Gregory and his beloved son, Andy. He is survived by his wife Joyce Arnold and Patricia Hutcheson of the home and two grandchildren, Amber Michelle Arnold and Aaron Andrew Arnold. He was dearly loved and is greatly missed.
A Memorial Mass will be held at Our Lady of the Lake Catholic Church in Branson on February 2, 2019 at 11:00 AM with Rev. David Hulshof and Rev. Rick Jones officiating.
Visitation to be at 10:00 AM in the Church Gathering Space.
A Celebration of Life Luncheon for all who knew and loved Frank will follow at the Our Lady of the Lake Parish Center. Memorial gifts may be made to Our Lady of the Lake Catholic Church for the “Frank Arnold Youth Ministry Memorial” which will benefit youth seeking to further grow in their faith.