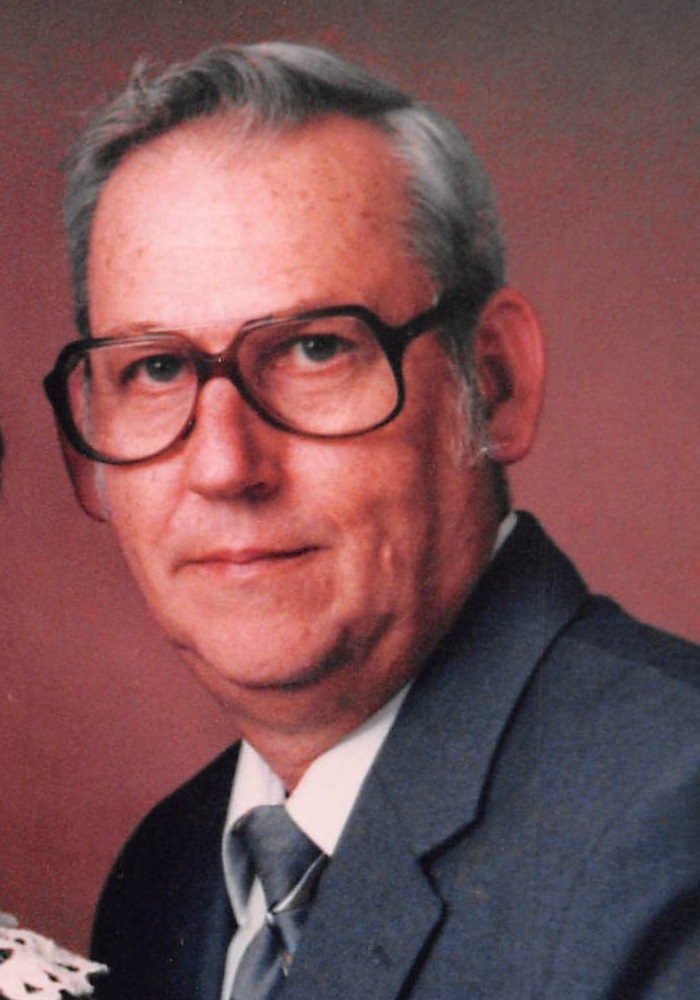 Fred M. Felkner was born November 8, 1932 in Dove, MO, the son of Leslie L. Felkner and Goldie (Watson) Felkner. He attended Central High School in Springfield, MO and graduated in 1950. He was married to Carolyn Sue Martin on June 14, 1952 until his death. They were married for 66 years. They had three children, one son and two daughters; Pamela, David and Becky.

Fred began an apprenticeship on the Frisco Railroad after high school. He was drafted into the Army during the Korean War and was shipped to Pusan, Korea as a diesel mechanic for the 765th TROB. In later life, he would meet with his former Army buddies every summer in Branson, MO for an annual reunion. Fred moved to Kansas City to work for AirPlayCo as a machinist and later went to work at Bendix as a machinist. In 1965, he moved his family to Clinton, MO to work for KCPL Montrose Power Station as a mechanic. He was promoted to machinist and eventually became a mechanical supervisor before his retirement from the plant in 1994.

Aside from working, Fred loved to fish and went deer hunting every year. He enjoyed horseback riding, trail rides with his neighbors, camping in his RV, and fishing with his family. He owned a small 40-acre farm in Clinton, MO and upon retirement, a small farm in Springfield, MO. Fred was an active member of the Assembly of God church. He served as a deacon of the Fair Grove Assembly of God Church and enjoyed being a Royal Ranger commander. He also volunteered as a 4-H project leader for horsemanship and small engines. Fred was also a member of the VFW 3404.