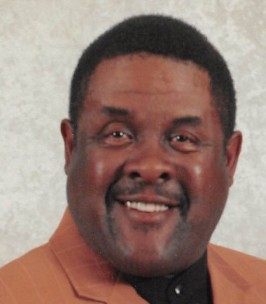 Garland Louis Adams, 70, Springfield, Mo, passed on to be with the Lord on March 6th, 2020, at 7:30 a.m. He was at home with his family by his side. Garland would have celebrated his 71st birthday on March 7th, 2020. He found out that he had stage 4 pancreatic cancer. He sought every resumable medication and procedure to restore his health. Garland and his medical team moved to facilitate care with Faith Hospice of the Ozarks. This would enable him to enjoy a brief window of pain-free time with family and friends.

A Springfield native and a graduate of Central high school. He was a member of New Hope International Ministries Church, where he served on the Board of Trustees for many years. He loved to serve the Lord and did so with a cheerful heart. Garland worked for the Burlington Northern Santa Fe Railroad for 35 years. He retired in 2009. He went on to work for the Springfield Cardinals Baseball Field for several years. He had a passion for bowling that started at a very young age. He was inducted into the International Bowling Museum and Hall of Fame on 11/14/1997. He met a lifetime of wonderful friends who all became family as he traveled for countless games and tournaments. He served on the Sherman Avenue Project Area Committee for numerous years.

The son of Florence Adams and Louie Looney, who both have preceded him in death. A brother Harry Slyvester Adams, a sister Margaret White, and a niece Juanita White, who also preceded him in death. Four living brothers, Bruce and Patricia Looney, Bradley Looney, Byron and Sheryl Looney, Brent Looney, all of Missouri. Three sisters, MaryAnne Adams, Bretina Small of Missouri and Brenna Pratt of Texas. He was united in marriage to Lynette Gardner, in 1993, for a 27 year marriage. He was a loving Father of two daughters, Latease Wiggins of Georgia and Nicole McNeil of Missouri. Three grandchildren, Leeajiah Harvard, Kevin and Devin McNeil. Numerous nieces, nephews, cousins, and priceless friends.

Visitation and viewing will be at 12:00 p.m. and Homegoing services will begin at 1:00 p.m., on Thursday, March 12th, 2020 at Greenlawn Funeral Home East with burial at White Chapel Memorial Gardens.