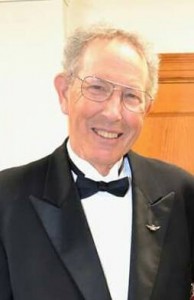 Gary Clay Jones, 71, of Mount Vernon, Mo., passed away following a courageous battle against cancer, on June 2, 2016. Gary was born August 24, 1944 in Springfield, Mo., to Tilford & Flossie Jones.
Gary grew up on the family Hereford farm located near Rogersville, Mo. He attended the Rogersville school district. He was an active member in the FFA and Basketball team. After High School graduation Gary attended Drury College and earned a B.S. In Mathematics. Gary also played for the Drury Panthers.
Gary joined the U.S. Marine Corp in 1963. He graduated flight training as a CH-53 pilot in 1967 and deployed to Vietnam. Gary entered the MOARNG in 1973. During his tenure, Gary served as the MO AVCRAD Commander. He retired as a Colonel and ended his civil service and military career of approximately 33 years in 1999. He received numerous awards and citations for his services to our country.
Following his retirement, he continued to raise cattle while he taught High School Mathematics and coached basketball and baseball at Greenfield, MO.
Gary was preceded in death by his father, Tilford Warner Jones, and his mother, Flossie Fern (Derrick) Jones.
He is survived by his children, Gary Derrick Jones, Austin TX. Jenna Leigh (Jones) McConnell and her husband Cliff McConnell, Ozark, MO. Brandan Scott Jones, Mt. Vernon, MO. And Joffrey Lance Holmes, Columbia, MO. In addition, his grandchildren, Laura Kee Jones, Austin, TX., Rhys Parker Jones, Killeen, TX, Shane Waite McConnell, Ozark, MO., Heather Leigh McConnell, Ozark, MO., Brandi Leigh McConnell, Ozark, MO., Baillie Lynn Jones, Mt. Vernon, MO. And Bentley Rusty-Clay Jones, Mt. Vernon, MO.
Gary lived a full and adventurous life. He enjoyed flying, teaching, golfing, drag racing, traveling and baseball. Gary loved his children and Pawpaw loved his grandkids.
Gary held a special place in his heart for Chance Wilhelm. He was very fond of his students, athletes and the facility of Greenfield High School. He leaves behind many friends and memories with his “military family”.
The family wishes to extend heartfelt thanks to Dr. J. Snider, Mercy Oncology. Woodland Manor, Hospice Compassus, Dr. C. Kevin Watt, and the the care givers who assisted in keeping Gary at home as long as possible.
A celebration of life will be held on Sunday June 5, 2016 between 6:00 and 8:00p.m.(1800-2000) at Greenlawn Funeral Home North, Springfield, MO. Memorial contributions can be made to Autism Speaks.
Online condolences can be made at www.greenlawnfuneralhome.com