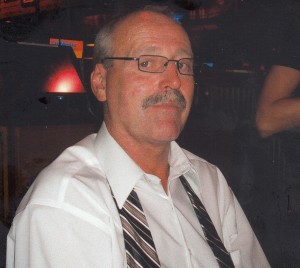 Gary Cromley, age 63, passed away March 12, 2015, in his home in Ozark, Missouri. Gary was born on September 21, 1951 in Marshall, Missouri. During his life, Gary served in the United States Army and was a member of James River Assembly of God church. Gary was the owner and operator of Cromley Exterminators. He built his business from the ground up and now, Cromley Exterminators is a successful business, with branches as far as Arizona. Gary was very hard working, with extreme tenacity and a great love for life. He was a sports fan and held carpentry as a hobby. Gary is preceded in death by Margaret E. Cromley, Arthur Eugene Cromley, and William E. Cromley. Gary is survived by his wife, Rebecca, who he wed in 2003. He is also survived by his daughter, Jennifer and her husband Butch LaGore, Shannon and Brian Marti, one granddaughter, Abigayle LaGore, and one niece, Jeannie Cromley, and a host of family and friends. Funeral services will take place at Greenlawn Funeral Home North on Tuesday, March 17, 2015, at 3:00 PM. A visitation will immediately precede the funeral service, beginning at 2:00 PM. Burial will follow at Ropers Cemetery in Conway, MO.