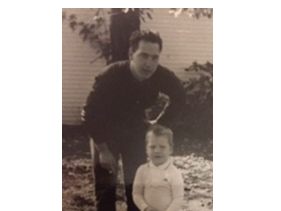 Gary Lynn Tindle, 77, of Springfield passed away on November 26, 2019 at his home. Gary was born on November 14, 1942 to William Carl and Nina (Reynolds) Tindle at Burge Hospital in Springfield, Mo. After he gradated from High School, Gary enlisted in the United States Army. He proudly served his country for almost 2 years, earning several medals. He was employed at Dayco Corp manufacturing automotive belts and he also owned his own house painting business. Gary was also united in marriage to Jeanne Hillhouse. Gary had a passion for fishing, NASCAR racing and attending racing events. He also loved motorcycles and even raced them as a young man.

Gary is preceded in death by his father, Carl; his mother, Nina; and his younger sister, Donna Sue 'Susie' Self. He is survived by his wife, Jeanne; his son, Gary Dean Tindle; his stepson, Larry Hillhouse; his three step-grandchildren, Saylor, Rowan, and Liam. He is survived by his brother, Tim 'Butch' Tindle and his significant other, Kathy Jump; his sister, Shirley (Tindle) Ginger and her husband, Tom; and numerous nieces, nephews, and cousins. Gary is also survived by his best friend of many years, Lucille Bricka.

Memorial services for Gary will be Monday, December 16th, 2019 at Greenlawn Funeral Home North at 10:00 a.m. with burial to follow at the Missouri Veterans Cemetery with full military honors.