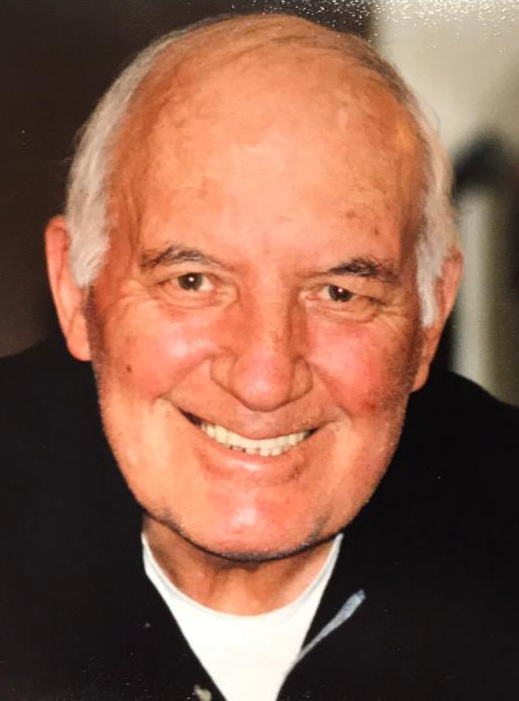 Gaylord V. Haefele of Springfield, passed peacefully into Glory on Friday, November 28, 2019. Gaylord was born at 3:30 pm on March 14, 1931 in a small sod house in Custer County, Nebraska. He was the second of five brothers born to George and Helen Neth Haefele. As a youth he was a ranch hand and learned the value of hard work. He attended grammar school, junior high and high school in Broken Bow, Nebraska. He played football in high school but broke his arm at the beginning of his senior year. Forced to sit the sidelines, he became the team “doctor” and was given the nickname of “Doc.” He attended Sumner High School for his senior year and graduated in 1950.

Gaylord joined the National Guard shortly after high school and was later drafted by the U.S. Army where he served three years in the Korean War. After his tour of duty, he received an Honorable Discharge from the U.S. Army and entered the Army reserves. Returning to civilian life, Gaylord returned home to Nebraska and was employed as a power lineman and saved for college. He graduated from Midwest Technical Institute in Kansas City, Missouri in 1958. He became an electronics technician at Bendix Corporation in Kansas City and was awarded a U.S. patent for inventing a battery load tester. His name is still registered with the United States Patent and Trademark Office.

In 1967, he married Donna Farris and started a family. Faith was the core of their lives. Gaylord received the Lord's calling into ministry and helped plant a new church in Olathe, Kansas. In 1974, he answered the call to move his family to Nebraska to care for his aging mother. Family and faith were the essence of Gaylord's life, and he was faithful to honor his parents in willing sacrifice and service. He pastored in Kearney and Aurora, Nebraska for several years before returning to Missouri to continue ministry. He moved his family to Springfield, Missouri in the early 1980s and opened his own custodial business. He was ever mindful to share the Gospel with strangers and friends. Christ is the Cornerstone of his life and his eternal peace.

Gaylord is preceded in death by his loving wife Donna, his parents, and three brothers, one of whom passed at birth. He is survived by his son, Geoff Haefele of Springfield, daughter and son-in law Lisa and Craig Hendrix of Springfield, three grandchildren, and brother, Lavern Haefele. Ever the affable personality, he has endeared himself to the hearts of many. He will be dearly missed yet forever loved by his family and friends.

Rest in Heavenly peace, Dad. We love you.