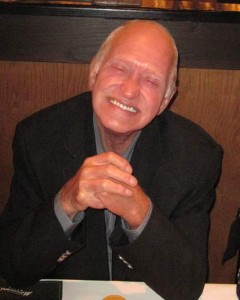 Gene Arthur Atkinson, age 75, of Pittsburg, MO, passed away Sunday, January 10, 2016, in his home. He was born December 3, 1940, in Kansas City, MO, to Karyl and Alberta (Moberly) Atkinson. He is a United States Army Vietnam veteran. He was united in marriage to Sharon Cockrell September 15, 1971.
He was preceded in death by his parents; and a brother Charles Atkinson.
He is survived by his wife Sharon Atkinson of Pittsburg, MO; three children: John Atkinson of Pittsburg, MO, Lisa Scott and husband Richard of Overland Park, KS, and Tammy Thomas and husband Lloyd of Kansas City, KS; five grandchildren: Lauren Williamson and husband Kyle, Lindsey Dickson and husband Mike, Rose Atkinson, Austin and Dustin Thomas; three great grandchildren: Riley, Cooper, and Matthew; one sister Bettye Anderson and husband Andy of OK; as well as other relatives and friends.
Graveside services will be held at 2:00 PM, Friday, January 15, 2016, at Dooley Bend Cemetery. Visitation will be held from 12:00 pm to 1:30 pm on Friday, January 15, 2016, in the funeral home. Online condolences may be made at: www.greenlawnfuneralhome.com. Memorial contributions may be made to the John Wayne Cancer Foundation. Arrangements have been entrusted to Pitts Chapel Bolivar, MO.