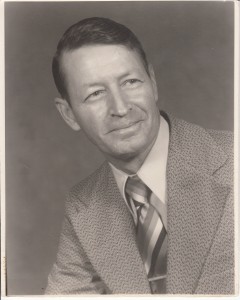 Rev. Gene Bright, 89, of Strafford, MO, went home to Heaven to be with the Lord on November 25,2014 in Republic, MO. He was born May 22,1925 in Reeds Spring, MO. to Frank Bright and Artie Allen Bright. Gene married Ruby McReynolds on December 5,1976 and she survives.
Rev. Bright was ordained as a minister at the young age of 20 years old. He and Ruby enjoyed evangelizing from coast to coast. He worked as an auto mechanic for Weaver Motors for over 25 years. Gene enjoyed working on small engines and loved farm animals, especially donkeys and chickens.
He was preceded in death by his parents, two brothers, and a grandson.
Survivors include his loving wife of almost 38 years, Ruby; one son; ten daughters; three sisters; and several grandchildren, great-grandchildren, and great-great-grandchildren.
Visitation will be on Friday, November 28, 2014 from 10:00 a.m. until 3:00 pm at Greenlawn Funeral Home North Chapel.
Funeral services will be at 3:00 pm on Friday at the funeral home.
Burial will take place after the service at Danforth Cemetery, near Strafford, MO.