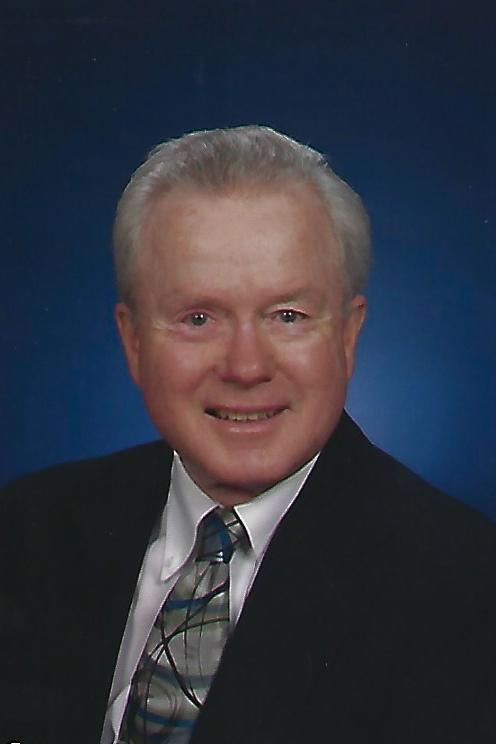 Gene Caldwell, a lifelong resident of Springfield, passed away on April 9, 2019 at the Missouri Veterans Home in Mt. Vernon, MO. He was born in Springfield on July 5, 1926 to Romie C. Caldwell and Pearl Irene Montgomery. His mother passed away when he was 2 years old.

He attended Doling, Reed, and graduated from Senior High School. He served in the army during WWII on the island of Oahu. He attended Southwest Missouri State and graduated from the University of Kansas City (now UMKC) School of Pharmacy. He worked at Cranks Pharmacy in the former Professional Building at the corner of Cherry and Kimbrough. He later worked, and then managed PayRite Pharmacy which became Super D Pharmacy. Following his “retirement”, he continued to work as a relief pharmacist at pharmacies throughout Springfield and surrounding areas.

Gene was a member of University Heights Baptist Church, having moved his membership there with Wilma in April of 1959. He was a past member of Twin Oaks Country Club and the Elks Lodge. He and Wilma enjoyed ballroom dancing and were past members of Springfield Dance Club, Le Soiree Dance Club, Starlight Debonaires, and Beaux Belles. He was an avid birdwatcher and was highly skilled at identifying many species by both sight and sound. In addition to bird watching and dancing, his interests and hobbies included golf, gardening, camping and hiking. He and Wilma enjoyed many wonderful trips with family and friends traveling throughout the United States and abroad. He enjoyed meeting and striking up long conversations with fellow travelers he met at campsites all over the country.

Gene loved his family, friends, neighbors, coworkers and customers. Due to declining health he retired at last from pharmacy work at the age of 88. He was particularly fond of the Lawrence Drug pharmacy family.

Visitation will be held Thursday, April 25, 2019 at University Heights Baptist Church from 2:00-3:00 p.m. followed immediately by the memorial service in the church. Burial will be at Veterans Cemetery, 5201 S Southwood Rd., Springfield, MO at 2:00 p.m on Friday, April 26. In lieu of flowers, donations can be made to the University Heights Baptist Church Foundation, 1010 S. National Ave., Springfield, MO 65804.