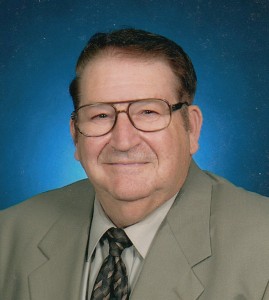 Gene Lloyd Wilkins passed away March 30, 2015 after a lengthy illness.
He is survived by his wife of 35 years, Bonnie Wilkins, a son Tracy Wilkins, two daughters – Teresa Wilkins and Genia Sissel, a step-daughter Robonna White and step-son Dennis Campbell, eight grandchildren,three great grandchildren, a sister – Jane Phillips and a host of nieces, nephews and friends.
Gene was born September 18, 1937 in Clever, MO to Herman and Bessie Wilkins. The youngest of four children, his sisters Mildred Cobb and Merle Prater preceded him in death. Gene graduated from Clever High School, attended SMS College briefly, then began a life-long career at Lily Tulip, retiring from Sweetheart Cup in 1999, after 42 years of service. He was a life-long fan of the St. Louis Cardinals, enjoyed watching NASCAR on television and was a season ticket holder for the MSU Lady Bears for many years. He loved to read and spend time in Branson where he and Bonnie owned a trailer and loved to attend many music shows, with The Presleys being his favorite. Gene and Bonnie are members of Northwest Baptist Church, and looked forward to attending the SAC River Cowboy Church on Thursday evenings.
Visitation will be Fri, April 3, 2015 from 6-8 pm in Greenlawn Funeral Home North. Funeral service will be Sat at 3:00 pm in the funeral home. A private burial will be at a later date in Greenlawn Memorial Gardens.
https://www.tributeslides.com/tributes/show/C24DSPD23XTXB29Z