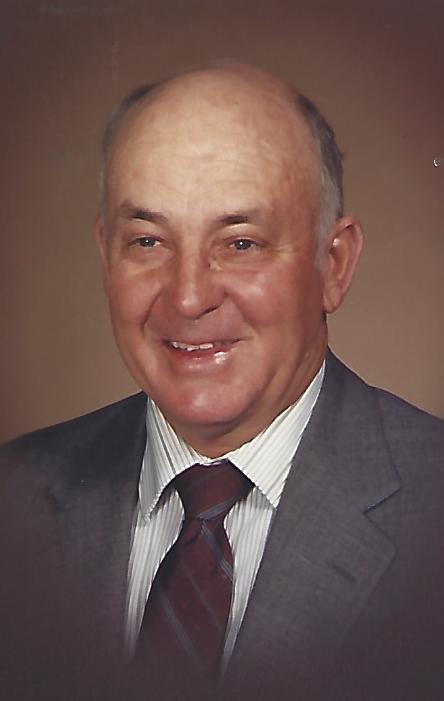 Early Wednesday morning November 7, 2018, Gerald Dwain Sell passed away at the age of 92. Dwain was born January 12, 1926 in Aldrich, Missouri to Hubert and Mabel (Glaze) Sell.
As a boy, Dwain worked on the family's farm in Aldrich and was a member of Pleasant Ridge Baptist Church where he was saved. He graduated from Morrisville High School is 1944.
On August 8, 1948 Dwain married Wilma Jean Waggoner, moved to Springfield, joined High Street Baptist Church and raised 2 children together until Wilma's death in 1971. Dwain was fortunate to find 2 great loves in his lifetime. He met and married Cora Lee Lester on January 19, 1975. Dwain worked for Quinn's Coffee Company for 27 years. After he retired he stayed busy attending local basketball games, collecting coins, raising sheep and cattle on his farm and watching Cardinal baseball of which he was an avid fan.
Dwain was preceded in death by his parents, first wife and brother-in-law Roy Lester. He is survived by his wife of 43 years, Cora Lee and his children Jeanie (Bob) Latz, Gary (Cricket) Sell, a 'brother, Harlin, brother-in-law Billy Lester and 4 grandchildren; Jody (Wes) Pickering, Nicholas (Tessa) Latz, Lauren (Jim) Reusch, Adam Latz and 5 great grandchildren.
Services will be held on Monday November 12, 2018 at Greenlawn East Funeral Home. Visitation will be at noon followed by the service at 1:00. Burial will be immediately following at White Chapel Cemetery.
Memorial contributions may be made to:
St. Jude's Children's Research Hospital
501 St. Jude Place
Memphis, Tennessee 38105
The family would also like to take this opportunity to thank the sixth floor nursing staff and Mercy Hospital for their excellent care. We appreciate all your kindness and support.